UFC Vegas 24 saw a bunch of close fights with the first four fights in the main-card ending in split decisions for the victors. In the co-main event, Andrei Arlovski picked up a comfortable unanimous decision win over Chase Sherman. However, the main event stole the show as Robert Whittaker picked up a comfortable unanimous decision victory over Kelvin Gastelum. 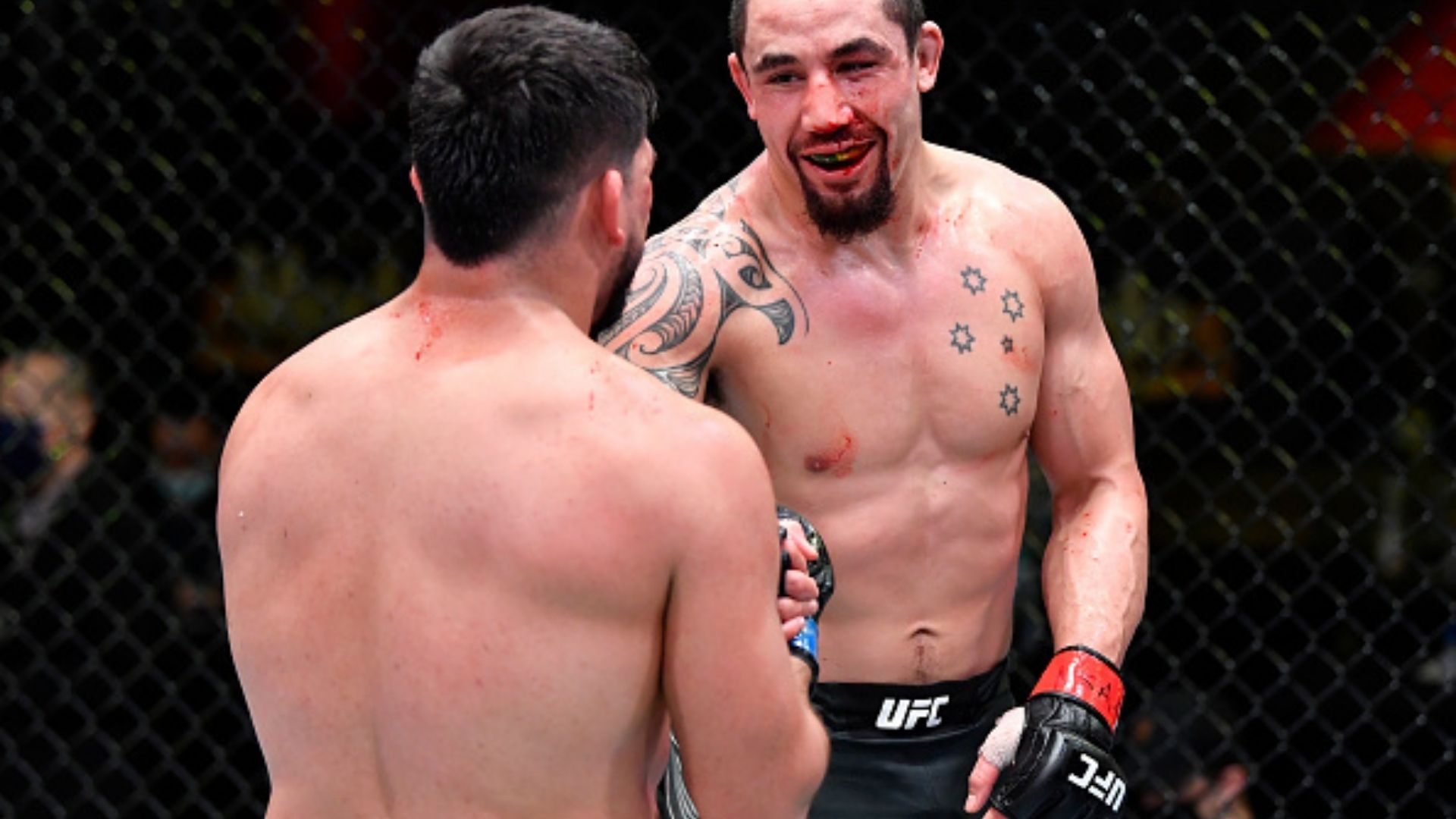 Whittaker looked quick and sharp on his feet. It wasn’t just the striking prowess that was on display, but Whittaker’s incredible wrestling. He secured multiple takedowns and dominated Gastelum on the ground. While Gastelum did has his moments, Whittaker proved to be the better fight displaying a diverse array of skills to secure his third straight win after the title loss against Israel Adesanya.

It’s hard to believe that Whittaker is just 30-years old. The Australian fighter has come a long way since making his UFC debut at a very young age. The former middleweight champion has now won over the likes of Darren Till, Jared Cannonier, and Kelvin Gastelum from his last three fights.

What stood out was Whittaker’s kick-punch combination that wobbled Gastelum on multiple occasions. However, much credit foes to Gastelum who stood face front in the face of adversity and face his everything into the fight.

Despite Whittaker landing the bigger shots, Gastelum connected on several occasions and landed significant damage to the former champion. Be that as it may, it was a fairly easier fight for Whittaker than he has faced in his last two fights and the Australian will look to seal his title opportunity now with three straight wins to his name.

What’s next for Robert Whittaker?

With no other title contenders in the line, Robert Whittaker is the only fighter along with Marvin Vettori who have won their last fight. However, it will boil down to what UFC decided for Israel Adesanya as the middleweight champion makes his return back to the division after losing to Jan Blachowicz.