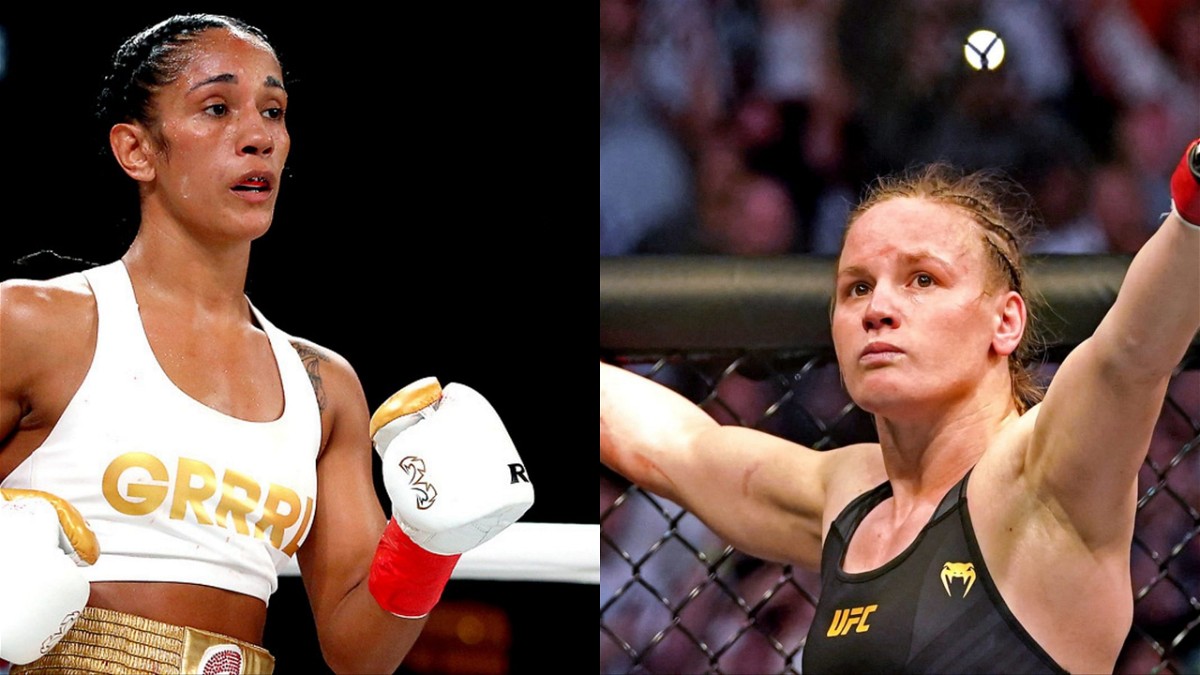 Amanda Serrano recently defeated Miriam Gutiérrez to defend her IBF Super featherweight title. She fought in the co-main event of the Jake Paul vs Tyron Woodley rematch on December 18. Following the event, she called out Katie Taylor. However, after recent events between Jake Paul and Dana White, Serrano has come out in support of her promoter.

2022 is off to a fiery start. UFC president Dana White-Jake Paul feud is at its peak point. Both parties have thrown wild accusations towards the other. While Dana continuously accused Jake of using steroids, the latter had thrown an open challenge towards the UFC president of signing him for a one-fight deal.

In a Tweet, Jake Paul issued the conditions for UFC in order for the 24-year old to join the promotion and fight Jorge Masvidal. His conditions included a higher amount of base pay for fighters, healthcare and sharing half of the gross revenue. Dana White put out a video in which he ignored Jake’s terms and continued to call him a cheat.

Amanda Serrano agrees to fight Valentina Shevchenko on one condition

In a recent tweet, the 33-year old boxer said she wants to create history. Amanda Serrano has a brief history in the sport of Mixed Martial Arts (MMA). She has had 3 fights in her career and the last one came in this year itself when she defeated Valentina García.

She is currently under contract with Jake Paul’s ‘Most Valuable Promotions’. After her recent boxing fight, the Puerto Rican fighter put out a post on her Twitter account thanking Jake for making her a millionaire. Hence, her Tweet in support of Jake Paul was not a massive surprise.

Valentina Shevchenko is the UFC Women’s flyweight champion of the world. She defeated Joanna Jędrzejczyk at UFC 238 to win the 125 lbs championship. Since then, the 33-year old has been on a 6 fight win streak. Although Valentina seems unbeatable at the moment, fans have been pretty underwhelmed by the level of competition.

Hence, a fight between the two will certainly create an insane amount of hype that both have lacked in recent times. Similar to Serrano having experience in MMA, Shevchenko has had 2 Pro boxing fights. She has remained unbeaten in both of them. So the prospect of a fight between Valentina Shevchenko and Amanda Serrano is mouthwatering for the spectators.