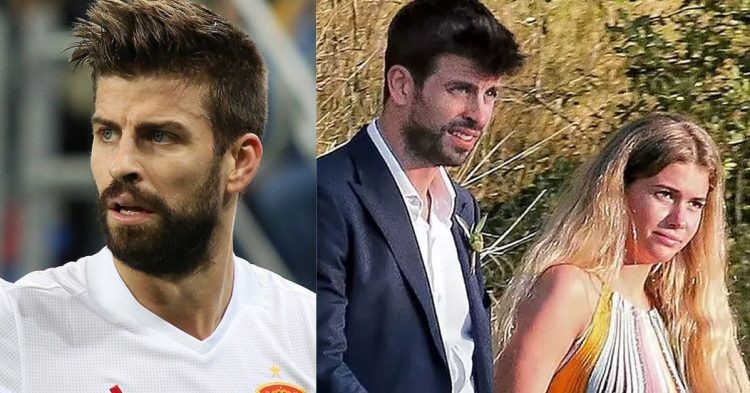 Gerard Pique and Shakira’s love story might not be over yet. Gerard Pique and Shakira officially announced their separation in June this year. Amidst all the problems, Pique’s infidelity was one of the primary reasons for the couple to split up. According to sources, Gerard Pique was already having an affair with his current girlfriend, Clara Chia Marti, while the soccer star was in a relationship with Shakira.

After the celebrity couple separated, it was decided that Shakira would move to Miami with their children, Sasha and Milan. Pique, meanwhile, would continue to reside in Barcelona with his girlfriend, Clara Chia Marti. The former couple also mutually agreed upon the child custody and visitation agreements. The agreement allows the former Barcelona defender to visit his children in Miami for 10 days a month with the addition of holidays.

Although Pique and Shakira’s separation might seem to be a good thing for Clara Chia Marti, things have not been smooth for her. Gerard Pique and Clara Chia’s relationship have already hit a few bumps despite being in its nascent stage.

The program further said, “The couple leaves a restaurant holding hands, but Clara Chia’s face shows sadness. Pique holds her purse and seems to be telling her something, but she, with a frown, isn’t even able to look at his face.”

Also, Jordi Martin’s recent comments might have caused further problems in Pique and Clara Chia’s relationship. Jordi Martin, who is a Spanish paparazzi, has been covering the entire fiasco of Shakira and Pique’s breakup. While talking in an interview, Martin somewhat tried to warn Clara Chia about Pique.

Martin said, “I know that my work is annoying, but with Pique, it is something that bothers him completely, he is a rude man who does not know how to treat a woman either. He is a guy who, when people know him, knows that he is unpleasant, classy, and treats ordinary people very badly.”

The very public separation of Gerard Pique and Shakira has become the talk of the town. Multiple news channels and journalists have been busy finding out the details of the separation. Thus, when it was revealed that Gerard Pique was dating Clara Chia Marti, there was a lot of unwarranted media attention on Clara Chia.

Clara Chia works for Gerard Pique’s company, Kosmos, while being a student studying Public Relations. The news of her love interest with the 2010 World Cup-winning defender has certainly gained a lot of attention. However, this attention is slowly turning out to be the cause of the souring relationship.

Pique’s infidelity brought Clara Chia to the center of the separation between Shakira and Pique. As per reports, Clara Chia feels harassed by the media, which has been interfering in her and Pique’s love life from the very onset. There also have been reports that Pique is biased towards Clara Chia, which is not appreciated by the other Kosmos employees.

The media pressure along with the constant rumors is certainly harming Pique and Clara Chia’s relationship. Recently, there have been rumors of Pique having an affair with Israeli model Bar Rafaeli way back in 2012, when Shakira was pregnant with their first child, Milan.

These rumors are causing Pique and Clara Chia’s relationship to deteriorate. There have also been rumors that Pique allegedly wants to leave Clara Chia Marti and go back to his former girlfriend, Shakira.