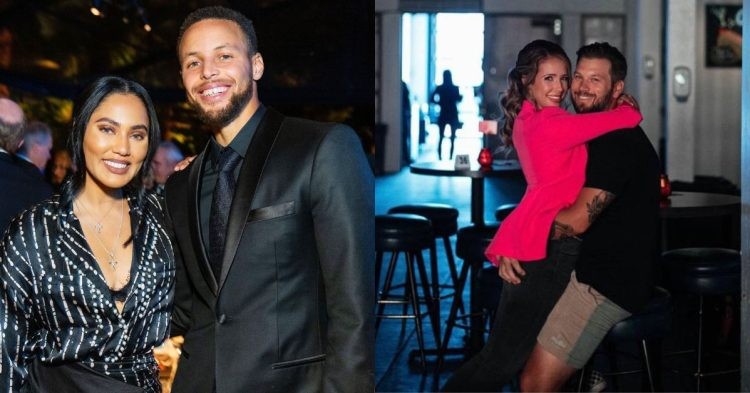 We all have witnessed an extremely new topic come onto the spotlight very recently. As American comedian Brittany Schmitt revealed that she was in a relationship with a former NBA player in the past, that too in an expletive way, the NBA world went wild. It seems like Schmitt really broke the algorithm as the topic has been viral for a while now. Moreover, somehow, NBA champion Stephen Curry is also dragged into it now.

Praying for @NdotSmitty. Jehovah Rapha on your side my man.

10 years ago, Steph tweeted, “Praying for [Nolan Smith]. Jehovah Rapha on your side my man.” Curry chose to publicly support Nolan Smith, who used to play for the Portland Trail Blazers in the NBA. In 2012, he suffered a huge head injury after Houston Rockets’ Zoran Dragic accidentally elbowed him. The incident happened as Smith was driving to the rim.

@StephenCurry30 are you a jehovah’s witness???

As Curry mentioned “Jehovah Rapha” in his tweet, a Twitter asked, “are you a Jehovah’s witness” to the Golden State Warriors star.  The phrase can be translated back to Hebrew, and means “The Lord Who Heals”. Amid the recent controversy ongoing, the question will be relevant in regards to The Chef as well.

Now, Jehovah’s witnesses follow nontrinitarian beliefs, which are different from the faiths that Christians follow. To date, the 34-year-old has not declared himself a Jehovah’s witness, despite speaking about religion on many occasions since making his debut in 2009. An interesting fact is that he even met his now-wife, Ayesha Curry at a church group when they were just teenagers.

A while ago, speaking about Christianity, Curry said, “I felt the calling, went down to the altar, gave my life to Christ. That became the beginning of my own personal journey. I think my faith is about the personal relationship more so than the following a certain religious tradition, a religious practice.”

Although the common opinion among many is that Jehovah’s witnesses follow different beliefs compared to the normal Christians, we still do not know if the GSW guard is one. After all, the fact that he mentioned “Jehovah Rapha” indicates that the fan may have thought that he might be one.

Now, the chances may be low since he would have revealed it by now, since Curry has publicly spoken about his religious beliefs so many times. Moreover, Christians who are not Jehovah’s witnesses could also use the same phrase Curry mentioned.