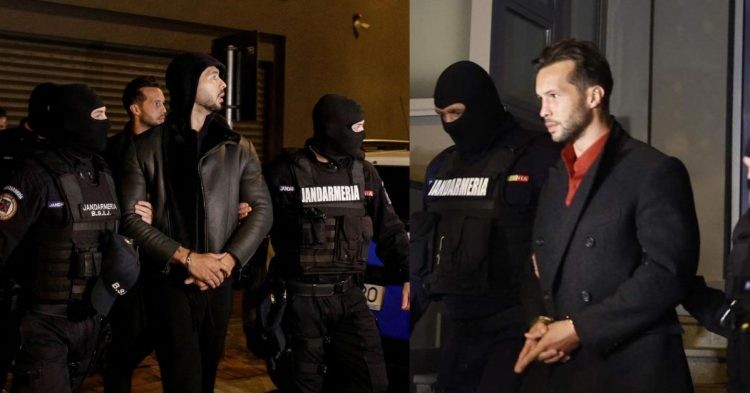 Andrew Tate and his brother Tristan Tate are in trouble after getting detained for human trafficking allegations. Now it’s not confirmed whether the allegations are true.

However, Andrew Tate’s team has not given an update on his release and about the cause of his detention. After the reported detention, Tate’s representative issued a statement:

“We cannot provide any details at the moment regarding alleged reports that [the Tates] have been detained; however, Andrew and Tristan Tate have the utmost respect for the Romanian authorities and will always assist and help in any way we can.”

Tate recently tweeted about his legal trouble in Romania and stated: “The Matrix sent their agents.” This has led the fans to believe that Tate is out of police custody. But is he completely out of danger?

The Matrix sent their agents.

Fans are getting curious to know what happens next with Andrew Tate. Meanwhile, Tate’s supporters are concerned after a video posted by ‘Faxify’ YouTube channel.

In the below video, the lawyer explains that it is very likely that Andrew Tate will be out of police custody with the help of bail.

“The judges and the prosecutors would have never arrested him if they wouldn’t have clear evidence on that. In my opinion, they are going to detain him for 30-60 days because they have charges against him,” the lawyer continued.

He stated that Tate may face 15-20 years of jail only if all the charges against him are proven true.

Tate started the rivalry with Swedish environment activist, Greta Thunberg by flaunting his luxury cars. Greta Thunberg responded to Tate’s tweet and stated: “Yes please do enlighten me. main me at smalldickenergy@getalife.com.”

The world was curious.

And I do agree you should get a life ❤️ https://t.co/mHmiKHjDGH pic.twitter.com/SMisajQRcf

And now that Tate has been detained by Romanian police, Greta Thunberg trolls the Top G with her recent tweet.

“This is what happens when you don’t recycle your pizza boxes,” Greta penned.

As per a report, Tate revealed his location through a pizza box he displayed in his video response to Greta Thunberg. However, take that with a pinch of salt.