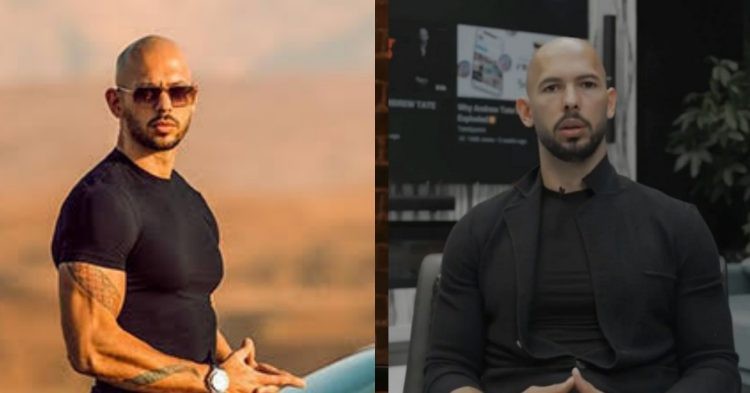 Andrew Tate is perhaps the most talked-about personality on the internet right now. Although he had a decorated background in kickboxing, Tate is more famous for his controversial opinions on the Internet. However, some of his statements about women got him banned from social media for being “misogynistic.” However, that did not stop him from going viral recently.

The 35-year-old is a highly charismatic speaker. Hence, his statements resonated with a specific section of the internet. In his viral clips, Tate can be seen speaking on several different topics. But, one common thing in almost all his clips is the background music.

Music, when used right, can make a lasting impact on the spectators. The song in Tate’s viral clips certainly added a sense of verisimilitude.

It made some fans ask what the song is. The song is called “Tourner Dans Le Vide” by French singer and songwriter Indila. The song is in French language and it is from a 2014 album called “Mini World.” Upon its English translation, the name of the song becomes “Spinning In The Emptiness.” Although the content of the song has nothing to do with Tate, the song has become synonymous with Andrew.

Andrew Tate has previously delved into the music industry. He featured in songs like “Suicide,” “Sugar Daddy,” and “Top G in a Bugatti” by Mr. Plenty. However, Andrew Tate was not involved in the creation of “Tourner Dans Le Vide.” Hence one may wonder how it became associated with Tate. During a Twitch stream with Adin Ross, Tate explained that it was all thanks to the fans online.

“You know what’s crazy? I have never listened, I don’t know where that song came from, I didn’t choose that song. It just became a thing. Isn’t the internet weird?” When asked if he heard the song before or not, Tate replied, “F**k no!” (h/t via cobrastethic)

Nicknamed Cobra, Andrew has a reported net worth of $350 million. However, that is nothing compared to what he claims to be his net worth. According to the former fighter, he is a “Trillionaire!” Currently residing in Romania, Andrew runs multiple casinos in the country. Despite his ban from several major social media platforms, Tate made a lot of money from Hustler’s University, which is no longer active.

Tate ran the online platform which had over 90 thousand active users and all of them had to pay a fee of $49.99 per month. He may make even more money in 2023, as he is in talks to fight Jake Paul next year. Although his brother Tristan Tate revealed that the bout will not happen, Jake Paul teased on his Instagram that he may just fight Tate in 2023. If the bout happens, it will be his first combat sports event since 2020.

Aside from the potential Jake Paul fight, Tate is currently beefing with Jake’s older brother Logan Paul as well. Andrew also got into a verbal feud with British YouTuber True Geordie.