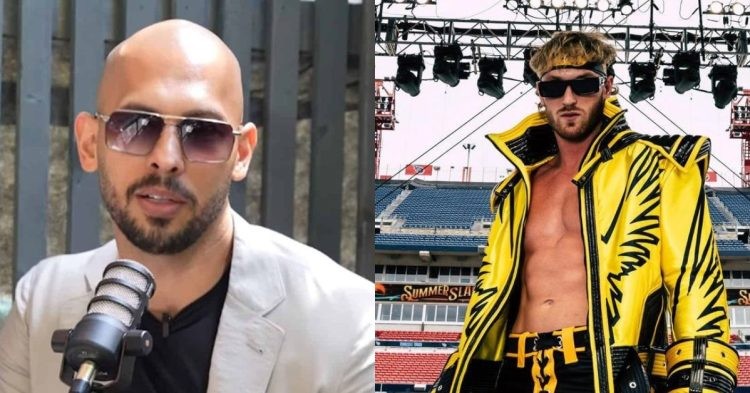 Former kickboxing champion Andrew Tate has grabbed the eyeballs of everyone around the world and is all over the internet making headlines. The social media influencer who is a trillionaire with a net worth of $250 million has gained millions of followers on social media in a short span of time.

A few days ago, while having a conversation with his friend Mike Majlak, Logan Paul shared his thoughts on Tate’s increasing popularity and predicted that he will be irrelevant next year.

Surprisingly, the Kickboxing sensation did not take offense to Logan’s comments on his popularity and also offered his response to the YouTuber’s callout on his recent Twitch stream. He offered Paul to buy a Bugatti for free and also extended his hand for friendship with Logan.

“Everyone keeps saying Tate vs Paul, Tate vs Paul. Logan Paul’s a wrestler now. I heard he was doing WWF now. I saw he did a call-out video. But he doesn’t have a Bugatti. I offered to buy him one.”

Hereafter Andrew Tate asked his chat on Twitch whether he should buy the supercar for Paul. “Should I buy a brand new $5 million bugatti and drive it, drop it to his house and say listen bro you said I wouldn’t be relevant next year but you’re obviously broke now? So let’s just shake hands, be friends here.”

After making a surprising declaration of buying Logan Paul a Buggati, Andrew Tate and his brother laid down a few conditions under which he would buy a Bugatti for free and drop it at The Maverick’s house.

According to Tate’s conditions, the YouTuber will have to sign a contract in which he won’t be able to sell the Bugatti and the second and most important obligation would be to play the producer song on the stereo every time he will drive the car.

“Whenever he drives the Bugatti he has to listen to the Mr Producer song,” said Andrew on his Twitch stream. So far Logan has not responded to Tate’s offer.

However, we could hear some big news regarding the rivalry between the Paul brothers and Tate as Logan had indicated in one of his videos that there is a special message for the former kickboxing champion in one of his future episodes of the Impaulsive podcast which will feature Jake Paul.