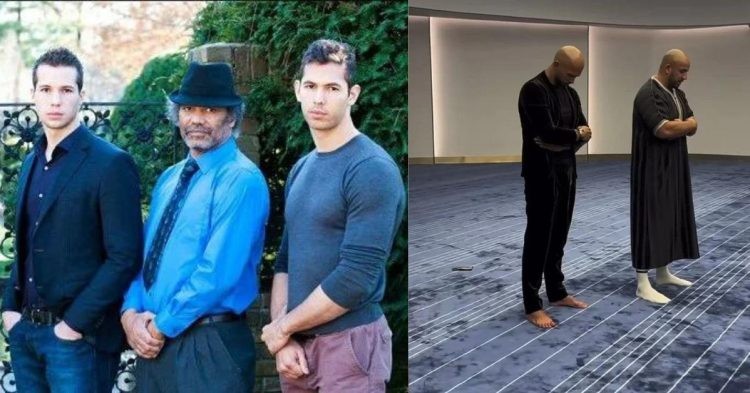 Andrew Tate took the internet by storm in 2022. There was a time during the year when scrolling through social media without seeing the former kickboxing champion pop up was nigh impossible. However, Tate has certainly taken some hits to his popularity over the past year. Several of his social media accounts were removed due to some of his problematic comments.

However, “Top G” has managed to bounce back. He continues to have a huge reach through the multitude of accounts dedicated solely to promoting his content, though unofficially. In such a short time, Andrew Tate has managed to influence millions. Tate’s Hustler’s University also made him over a million dollars last year and soared past 200k subscribers. As mentioned before, “Top G” is also a former world kickboxing champion who held a record of 76-9 in his professional career.

However, most recently, on December 29, Andrew and his brother Tristan Tate were arrested by Romanian law enforcement. The brothers along with 2 others were charged with human trafficking. The arrest came right after Andrew’s beef with Greta Thunberg on Twitter. This spurred a rumor that a pizza box in his response video to Greta led to his arrest. However, this rumor has since been squashed. The Tates have appealed their extended detention and are due in court on January 10.

Which country does Andrew Tate belong to?

Andrew Tate was born Emory Andrew Tate III to international chess master, Emory Andrew Tate Jr. and his wife Eileen Tate. Andrew is the eldest child of three with younger sister Janine and brother Tristan rounding out the family. He was born in Washington D.C., on December 1, 1986. Andrew’s parents raised him initially in Chicago and then in Goshen, Indiana till their divorce. He then moved to England with his mother after she split from his father.

The former kickboxing champion moved to Romania in 2017, where he lived till his arrest in 2022. He cited the reason for his move to be the degradation of Western society. Tate said, “I don’t feel comfortable. I don’t like the way it functions and operates; I think it’s the most corrupt, disgusting, and degraded society on Earth.”

Why did Andrew Tate convert to Islam?

Despite being raised as a Christian, Tate converted to Islam and confirmed it after a picture of him offering a prayer in a mosque surfaced on the internet.  On the One Islam Productions YouTube channel, Tate was asked about his conversion and he took the time to explain why he made the switch.

Tate said, “It’s just for me. It feels like the last religion on Earth, I feel like there’s no other religion. People say to me ‘Why did you convert? And I said I don’t really feel this is a conversion. It’s almost like I knew God was real and now I’ve become religious… Islam very closely reflects my personal beliefs.”

For those who are curious, this is apparently what caused “Mr. Producer” to gravitate towards Islam as a faith. Now, Tate has joined illustrious names such as Muhammad Ali and Khabib Nurmagomedov as an ambassador of the faith in combat sports and the media.