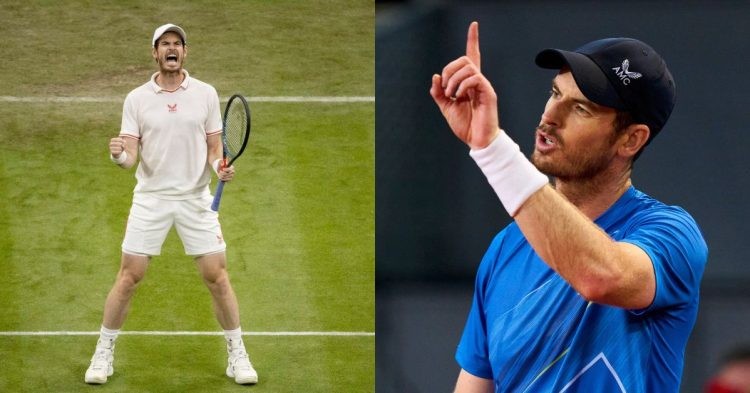 Britain’s Andy Murray withdrew from the Queen’s Club Championship in London due to an abdominal injury. His withdrawal from the event comes two weeks before Wimbledon.

The former world number one was disappointed about withdrawing from the tournament especially after finding his groove back after a really long time. Moreover, he said, “The [Queen’s Club] tournament means a lot to me and it’s disappointing not to compete, especially after playing some good matches on grass already.”

His withdrawal from the Queen’s Club Championship weeks has cast doubts over his participation in the Wimbledon.

Andy Murray has withdrawn from Queen’s because of an abdominal strain.

He hopes to be fit enough to play at Wimbledon.

The three-time grand slam winner has very little time to recover from the injury before the start of Wimbledon. Murray had finally managed to breach the top 50 ranks after reaching the finals of the Stuttgart Open.  After withdrawing from the Queen’s Club Championship, Murray will look to take some time off and recover as soon as possible before the Wimbledon.

Another injury comes to haunt Andy Murray ahead of Wimbledon

Murray picked up the abdominal injury during the final of the Stuttgart Open against Italian Matteo Berrettini. He called the physio multiple times during the game and eventually lost the final. The injury cost him the deciding set and it looked like another injury had come to haunt Murray’s career.

After the final, Murray said, “I got some pain in my ab when I was serving. Not something I’ve had before.” Wimbledon has been the favorite grand slam for Murray as he has won it twice in the past back in 2013 and 2016.

Murray’s career has seen injuries over the years. During the peak of his career, the 35-year-old was ranked number one in the world and was part of the elite club called Fab Four alongside Djokovic, Nadal, and Federer.

However, a string of injuries ruled him out of the court on and off for many years. The injuries eventually took a toll on his form and agility. Unfortunately, he hasn’t been able to replicate his peak performance ever since. Just when it looked like Murray was getting back in form, another injury has come to derail his career.