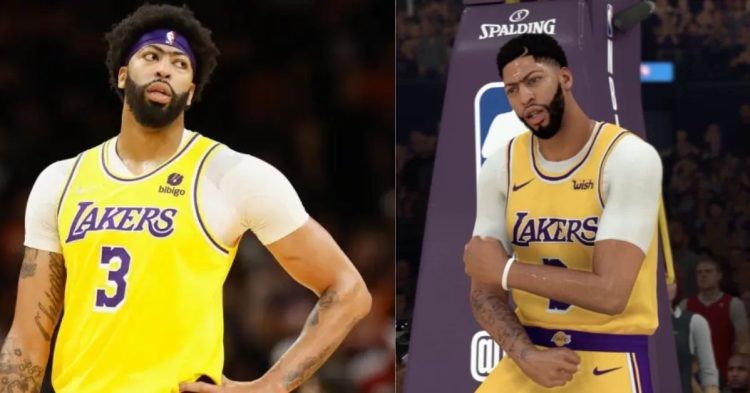 Anthony Davis is a star for the Los Angeles Lakers and a key component to them winning the 2020 NBA Finals. Alongside LeBron James, he managed to claim his first title. However, it seems to have gone steadily downhill for Davis since then. He has been injured multiple times in the past few seasons. Therefore, now people view him as a liability as opposed to an asset.

Nonetheless, he is still a rare talent and one of the best players in the league. The NBA 2K creators know this and decided to give him a 90 OVR in NBA 2K23. It seems like the game does not reduce the player’s OVR on variables such as injuries. One must wonder if this is indeed the case and if AD has been given a fair rating for the kind of player he is.

Davis is still in his prime. He is only 29 years old and should be playing the best basketball of his career. However, his large size makes him more injury prone. The bigger the player, the more pressure there is on the lower regions and extremities.

Ice Trae is much smaller, younger, and less respected than Anthony Davis. Trae Young has brought the Atlanta Hawks back into relevance in the time he has spent there. He is the sole star on the team and managed to carry it to the Eastern Conference Finals in 2021.

Young has averaged significantly better numbers than Davis despite not having the same size. This season, he averaged 28.4 points, 3.7 rebounds, and 9.7 assists. Additionally, he shot 46% from the field and 38% from the three-point line.

If we compare both the players’ numbers, it is possible to conclude that Trae is slightly better overall. However, this has been an off year for AD. Perhaps NBA 2K23 expects him to do better this year and have a revenge season. That would explain why he is a 90 OVR.