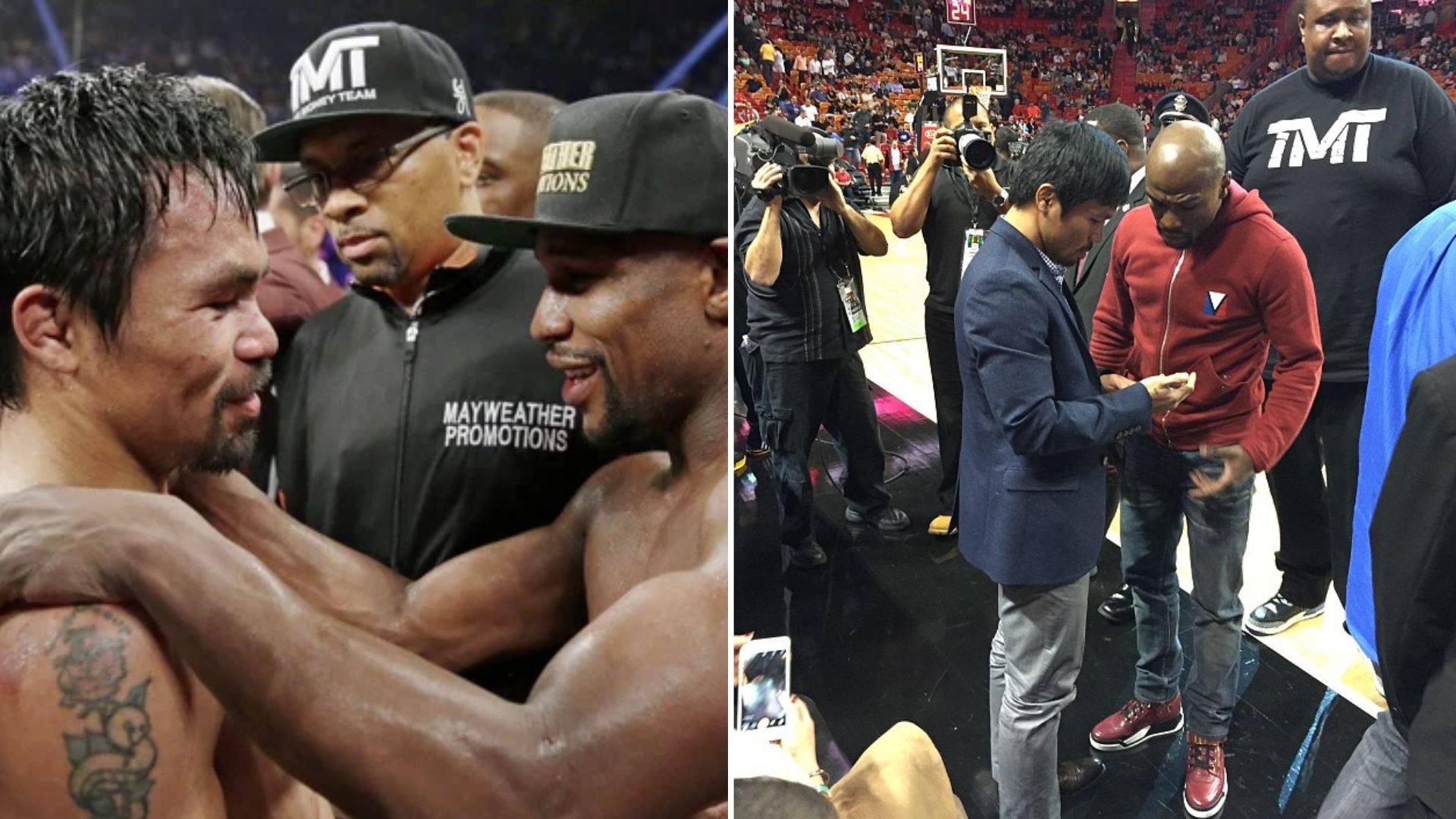 Manny Pacquiao and Floyd Mayweather aren’t exactly what you would call friends. Despite more than half a decade since they shared the boxing ring, both the fighters have not reconciled and continue to trade barbs on social media. The most recent back and forth between both the boxers came in the wake of Manny Pacquiao’s incredible win over Keith Thurman, where he grabbed the WBA (Super) Welterweight title.

While Floyd Mayweather’s success inside the boxing ring remains unparalleled, Manny Pacquiao’s illustrious career has been nothing sort of spectacular as well. Pacquiao is the oldest welterweight world champion. At 42 years of age, Manny continues to compete against the absolute best and has shown incredible endurance and activity despite the age.

While there was a time when a lot of boxing fans regarded Manny Pacquiao for his record-breaking bout with Floyd Mayweather that raked in over 4.6 million PPV buys, over the years, Manny has etched a legacy of his own. One that remains unparalleled for reasons more than one. Manny Pacquiao is the only weight division world champion in the history of boxing and has won twelve major world titles. 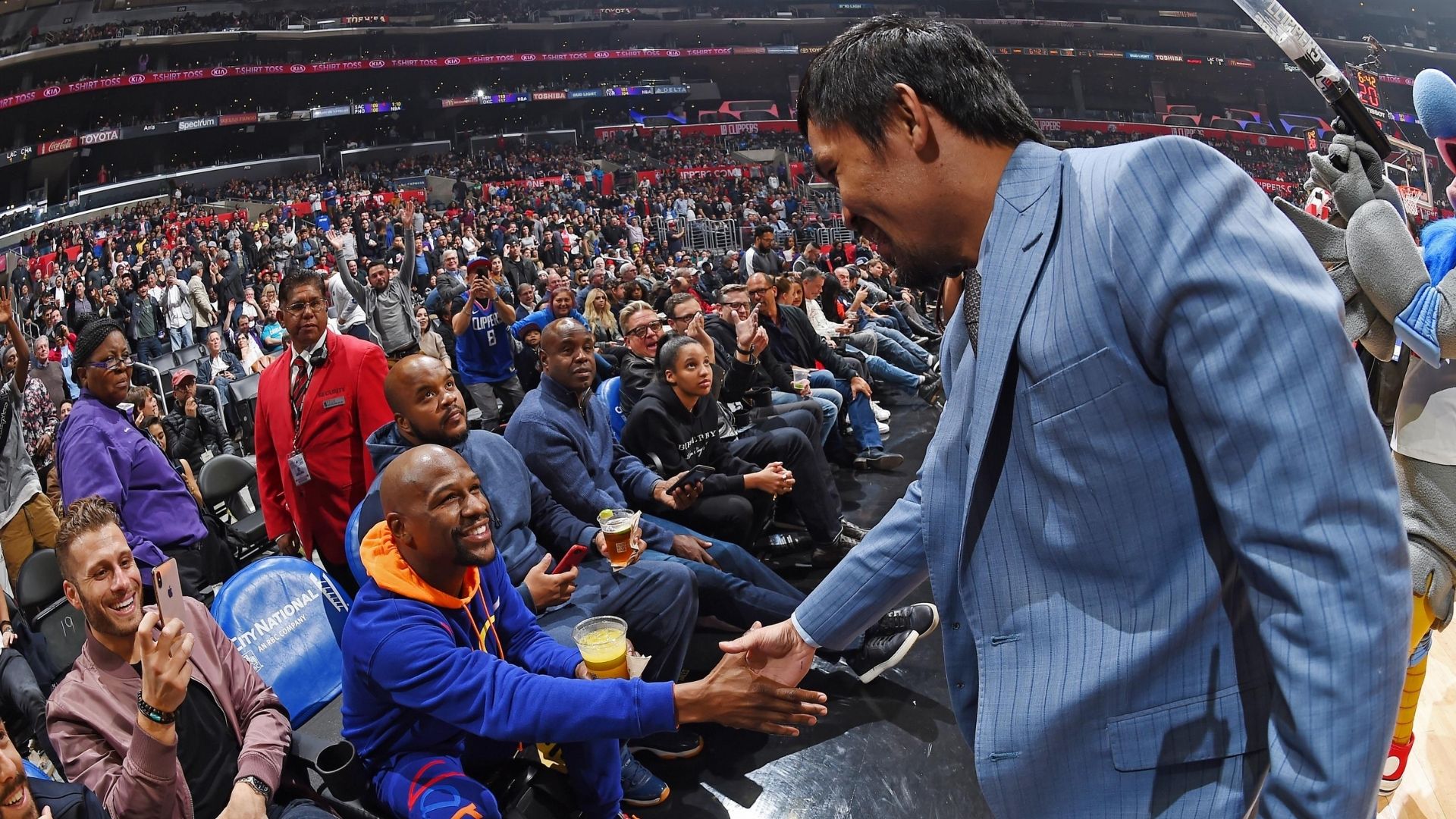 However, Floyd Mayweather still believes that Pacquiao basks in the glory of his name, and continues to be associated with him even after all these years. Following Manny’s historic win over Keith Thurman, Floyd Mayweather slammed Manny Pacquiao in a lengthy post on photo-sharing platform Instagram.

The rivalry between Floyd Mayweather and Manny Pacquiao

In the past, Floyd has stated that Manny’s decision to continue boxing after all these years is in his attempt to stay relevant after suffering the most important fight of his career against him. Reacting to the same, here’s what the Philippines boxer had to say.

.@FloydMayweather You come to my fight and then use my name in a post but I’m the one that is trying to stay relevant? 🤔 if you want to be relevant again… #MayPac2

Floyd Mayweather’s rivalry with Manny Pacquiao saw years in making, with both the boxing stalwarts finally sharing the boxing ring on May 2, 2015, inside MGM Grand Arena in Las Vegas.

Excuse me Floyd, your name has not been on any of my PBC contracts. But if you would like to be on the next one, I will have one drawn up and sent to you. #CounterfeitMoney pic.twitter.com/SwFGcpT048

Floyd Mayweather has also tried to cement his supremacy against Manny Pacquiao in terms of financial success, sharing how much he earned from his exhibition bout against Tenshin Nasukawa in a boxing exhibition in Japan, and comparing it with Pacquiao’s fight purse of $10 million for his title fight against Keith Thurman.

As it stands today, Floyd Mayweather continues to rule the world of boxing in terms of financial success, albeit in the world of exhibition boxing. He was last seen against YouTuber turned professional boxer, Logan Paul. Meanwhile, Manny Pacquiao is set to face Errol Spence Jr. in a historic bout for the WBC, IBF, and vacant The Ring welterweight titles on August 21, 2021.

Mayweather’s legacy remains untouched, however, a case can be made that Manny Pacquiao has left a legacy that is equally good. Who do you think has the better records and resume? Do let us know in the comments section.