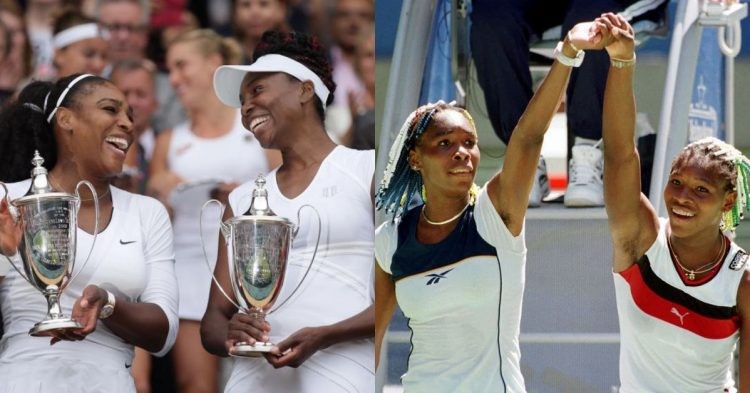 Serena captured her 3rd Wimbledon singles title & 11th major. It was the 2nd time she stopped Venus from achieving a Wimbledon “3-peat.”

This was the 4th all-Williams singles final at Wimbledon pic.twitter.com/va4v71EYkY

Seeing the Williams sisters, many get confused about whether they are twins or not. While their playing styles are very similar, they are not twins. Venus is the elder one and is one year older than Serena. Venus was born in 1980 and Serena the year after that. The two were encouraged by their father Richard Williams to pursue their careers in tennis.

Serena is currently a 23-time grand slam winner and is at the top of the list. Moreover, even Venus Williams is a modern-day tennis legend with 7 grand slam titles. Both have held the number one ranking in the WTA rankings. The two sisters dominated women’s tennis for more than a decade.

In fact, there was a time in 2002 when Venus was number one while Serena held the number two position. Interestingly, in 2010, Serena was at the top of the rankings followed by Venus at number two. That is the kind of dominance the two had in tennis at the peak of their game.

Who is better between Serena Williams and Venus Williams?

Serena and Venus form a unique pair in tennis who dominated as a doubles pair and had an intense rivalry when it came to singles. The rivalry between the two can be understood from the fact that they have met 31 times till now in their career.

Out of these 31 times, Serena has won 19 times while Venus has won the remaining 12 matches. It is clear from this that Serena has dominated in this rivalry. However, her dominance can be seen from another perspective. Serena and Venus have met nine times in grand slam finals. Out of this, Serena has won seven finals.

Moreover, Serena has way more grand slams to her name than Venus. She has dominated women’s tennis for a longer duration. Both will go down as tennis legends but Serena will be remembered as the GOAT of tennis.