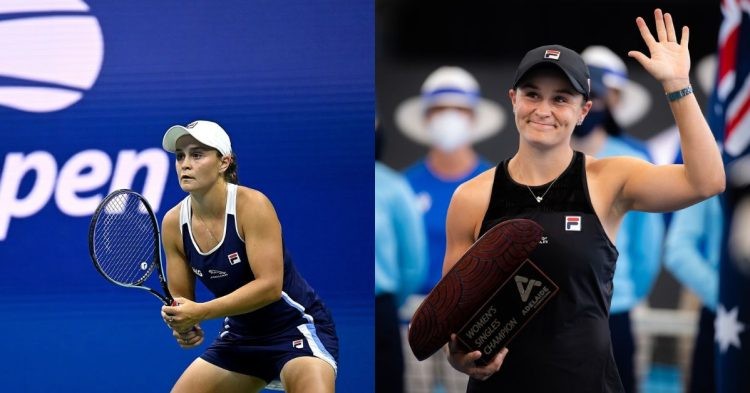 Former tennis player Ash Barty was honored with the title of Officer of the Order of Australia (AO) in the Queen’s Birthday list. She got the award for her contribution to the field of tennis as well as youth development programs. AO is one of the biggest honors one can receive as an Australian.

The award is given to those Australian individuals who have contributed tremendously to a particular field in Australia or to humanity at large. Moreover, Barty has been the face of Australian tennis at the international level for the past many years.


Congratulations to @AshBarty, named an Officer of the Order of Australia for her distinguished services to tennis and to youth development programs.

A tremendous and deserving honour for one of our greatest role models. pic.twitter.com/c7ta7ND0Mw

After receiving the award, the 26-year-old congratulated all other recipients for their contributions in their respective fields. Moreover, Barty said, “On a personal level, I always try to uphold Australian values – being humble, respectful, kind, and caring for others.”

After receiving the award on Sunday, Barty participated in the eighth edition of The Big Freeze on Monday. The Big Freeze is a charity event wherein celebrities go down the water slide wearing some costume.

The idea is to raise awareness of Motor Neurone Disease. She wore the costume of Rafiki from the Lion King. Moreover, she even carried a stuffed toy of Simba while going down the slide. After landing on the water, she raised the stuffed toy in the air to replicate the famous scene from the movie.

Ash Barty retired from tennis in March 2022 at the young age of 26. In 2022, she won the Australian Open which marked the third grand slam of her career. However, shortly after that, she announced her retirement from the sport. Barty ranked number 1 when she permanently walked out of the court. During her short yet illustrious career, she won the Australian Open, French Open, and Wimbledon in the singles category. Moreover, she has also won the US Open in the doubles category in 2018.