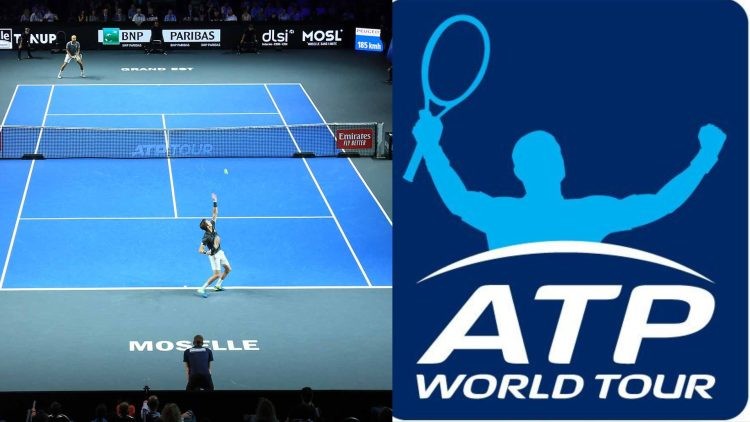 Off-Court coaching has been a controversial topic in the ATP ever since Stefanos Tsitsipas was accused of getting coached by his father during the course of an ongoing match.

Ever since there has been a debate stirring about whether or not off-court coaching should be allowed and what would the consequences of such a decision would be on tennis. A lot of people argued that tennis was always supposed to be a spontaneous sport and the player should think on his own feet.

However, the ATP has recently come up with the decision of allowing off-court coaching from the second half of the 2022 season on a trial basis.

This regulation change will allow coaches to coach their respective players from the coach seats in ATP events starting exactly after the Wimbledon finals which are, on 11th July.

This rule change would be applicable even during the US Open and will continue till the Nitto ATP in Turin in November which would be the last event of the year.

What rules have the ATP changed?

The ATP has trialled a plethora of rules in recent times, rules such as on-court coaching, and coaching via headsets have been tried. ATP has now decided to trial the rule of off-court coaching for the second half of the season.

There have been certain conditions which have been set by the ATP to ensure the fair implementation of this rule. For instance, coaches must only be seated in the designated coach seats. The coaching whether verbal or non-verbal must not interrupt play or distract the opponent.

With the ATP’s move to permit off-court coaching, tennis lost the distinction of being the one major sport in which the athlete must be a self-reliant problem-solver. But what did the sport gain?

One answer to that question is easy: replenished integrity. https://t.co/6U7zLld0Eq

This trial would be effectively evaluated at the end of 2022 to consider if the inclusion of this rule would be feasible and conducive to the sport of tennis.