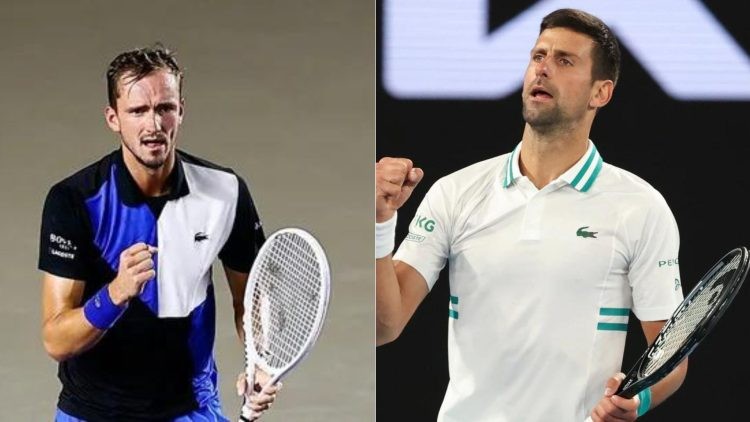 The weekly ATP rankings have finally been updated and the Top-10 rankings have seen fairly good movement in the ranking points. Daniil Medvedev seems to be holding his Top-1 ranking by a shred with both Rafael Nadal and Carlos Alcaraz chasing the Russian tennis star for the famed Top-1 spot.

On the other hand, Novak Djokovic remains static on his dropped-down rank of 6. Djokovic’s rank has been reduced even after he won Wimbledon since the ATP did not allot any ranking points for the championship in light of the tournament organisers banning Russian and Belarusian players.

After a slow start in the past couple of tournaments, Stefanos Tsitsipas has also seen a downfall in his rankings. He currently stands on the seventh rank, two ranks below what he was earlier. The players would be focusing on improving their rankings through the Cincinnati Masters which is an ATP 1000 event.

Players such as Nadal and Alcaraz will be aiming to get that No-1 spot and other players will be looking to get a rank decent enough to be a top seed in the upcoming US Open.

Casper Rudd and Nick Kyrgios are probably the biggest winners of the ATP ranking shifts. Casper Rudd after impressive performances in the past 6 months has finally made his entry for the first time in the Top-5 rankings of the ATP.

He recently reached the Rolland Garros finals which he lost against ‘The King of Clay’, Rafael Nadal and also reached the semifinals of the Montreal Open.

The Norwegian tennis star seems to have a lot of potentials and that is clearly reflected in his ranking points. On the other hand, Nick Kyrgios is also rising the ranks pretty quickly in the ATP rankings.

The Australian star jumped 26 ranks owing to his impressive performances in the past couple of months and currently sits at Rank No 37. Nick could potentially be a top seed for the US Open if he manages to have a good Cincinnati Open tournament.