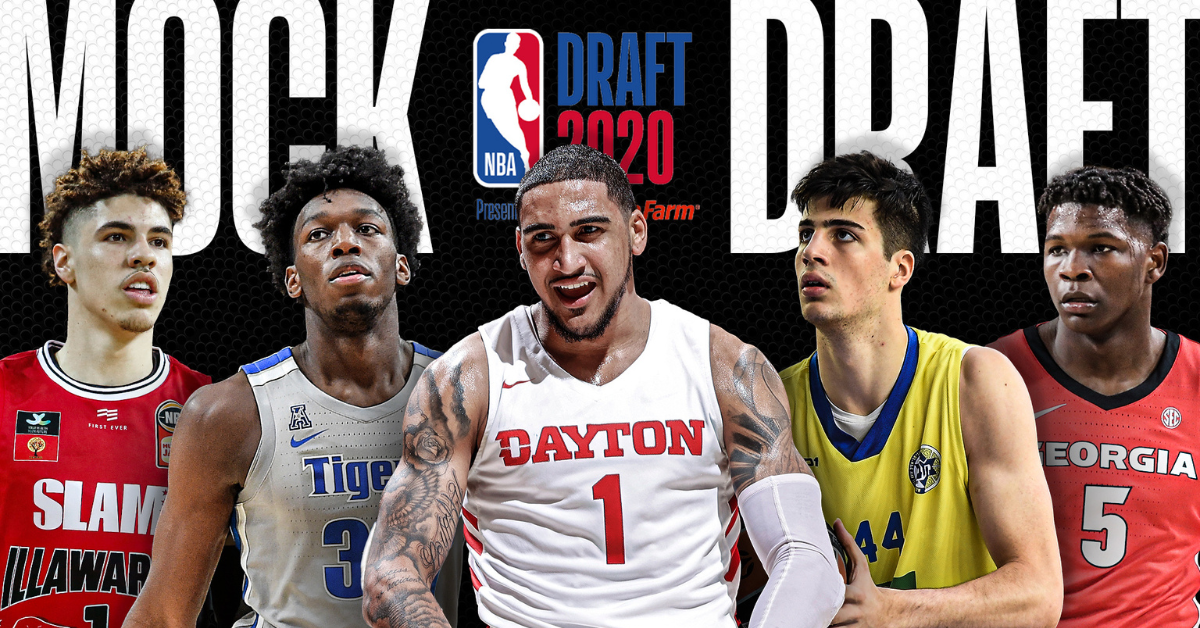 Following the blowout victory of Milwaukee Bucks over Orlando Magic in the Game 2 of Playoffs, NBA draft lottery commenced. The results turned out to be quite unexpected as neither of the lowest seeds won the top pick in 2020 NBA Draft. Several top players from noncontending teams represented their organization in the draft lottery. Stephen Curry was present for Golden State Warriors, ex-teammate D’Angelo Russell was present on behalf of Minnesota Timberwolves and Devonte’ Graham was representing Charlotte Hornets.

The Minnesota Timberwolves were honoured with the no. 1 pick after missing the playoffs two years in a row. The second overall pick was awarded to the Golden State Warriors after missing the playoffs first time in 8 years. The NBA Draft is scheduled to be held on October 16th right after the NBA finals. The New York Knicks were unlucky yet again this year lading the 8th pick which does not give them any top prospects coming out of college.

The order for the remainder of 2020 NBA draft lottery for the first round:

After going back and forth the Golden State Warriors were actively scouting for Anthony Edwards instead of LaMelo Ball. However, now that Minnesota Timberwolves have landed the first overall pick in the NBA draft 2020 the top pick will be decided by the position they are looking for. Acquiring point guard D’Angelo Russell in the Andrew Wiggins trade with the Golden State Warriors recently, the Timberwolves are less likely to go for another LaMelo Ball which makes Anthony Edwards and James Wiseman the top 2 prospects this year

James Wiseman: With a small-ball shooting lineup, the Golden State Warriors are expected to pick this 7’1 big-man to improve their post presence and defence after trading their centre to Minnesota in D’Angelo trade.

LaMelo Ball: After being projected as the No.1 pick, Ball slipped down to no. 3 after the NBA draft lottery results came out. Owing to the recent departure of point guard Kemba Walker, the Charlotte Hornet are expected to opt for LaMelo Ball in the draft.