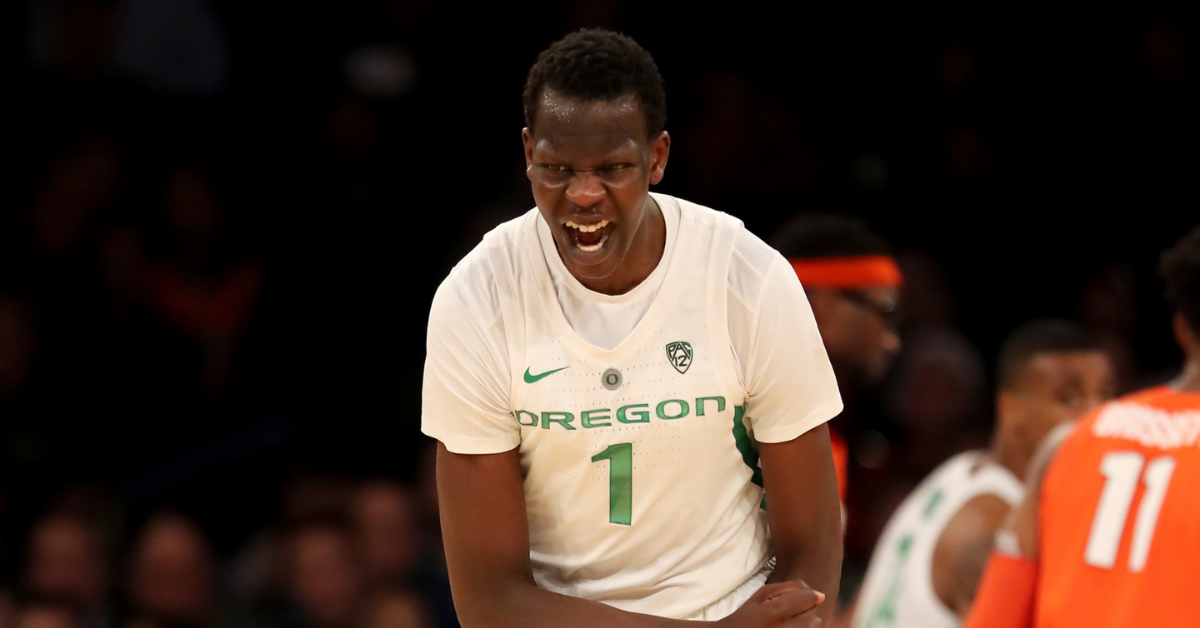 Basketball returned to television after a 4-month break due to the coronavirus and the fans were thrilled. It was just the first day of NBA Scrimmage games but the intensity was playoff-like. Day 1 showcased the young talent of the NBA in all it’s glory. Denver Nuggets’ center Bol Bol shines on the first day of NBA Scrimmage games with a monstrous performance against the Washington Wizards. In addition, the New Orleans Pelicans‘ young core gave Brooklyn Net a blow out loss in their first game after the break.

The title favorites Los Angeles Clippers upset the Orlando Magic in a 99-90 win without Kawhi Leonard. Paul George and Lou Williams stood out in his absence and took the W. Another major playoff threat from the eastern conference, the Miami Heat were matched up against the short-handed Sacramento Kings and won 98-104. Miami Heat is possibly the healthiest in the NBA right now and can cause serious damage to Giannis Antetokounmpo’s championship hopes.

With the video game-like ambiance on the court in the NBA Bubble, Denver Nuggets’ Center Bol Bol played like it was 2k. A performance so good that the NBA listed him for a ‘random’ drug test. He managed to overshadow the All-Star Nikola Jokic scoring 16 pts, 10 rebounds, and 6 blocks, redefining his position in the team and in the league. Initially, this 7’2 center was considered injury prone by scouting guides and went #44 in the 2019 NBA Draft.

Washington Wizards were severely short-handed as Brandley Beal and John Wall have not joined them in Orlando yet. And Jamal Murray missed the game due to golf fatigue. The big man lineup of the Denver Nuggets is extremely dangerous for teams like Houston Rockets as they focus more on offense. With present standings, it looks as if the Rockets will be matched up against the Denver Nuggets in the playoffs and their lack of defensive effort is something they need work on if this happens.

The New Orleans Pelicans gave Brooklyn Nets an embarrassing loss without Zion Williamson. In Zion’s absence, multiple bench players raised to the occasion. Nickeil Alexander-Walker and E’Twaun Moore scoring 14 points each, highest on the team and they also came up big on defense with 2 steals and 2 blocks. Zion Williamson left the bubble due to a family emergency and is expected to return soon for the seeding games to secure a place for Pelicans in the playoffs.

NBA Scrimmage Games Day 2: “It’s just a scrimmage. Not to me though”- Lebron James sends stern warning to players

The Los Angeles Lakers play their first game today after the hiatus and LeBron James has activated the famous ‘Playoff Mode’ already. In addition, Giannis Antetokoumpo’s Milwaukee Bucks will play San Antonio Spurs and the Portland Trailblazers return healthy after a season full of injuries against the Indiana Pacers. However, the most anticipated game will be the Los Angeles Lakers vs Dallas Mavericks.

Day 2 of the NBA Scrimmage games will be a lot more exciting with the big market teams returning to the court with playoff intensity.

Also Read: “He is more patient now”-JR Smith Details The Changes in LeBron James As A Laker