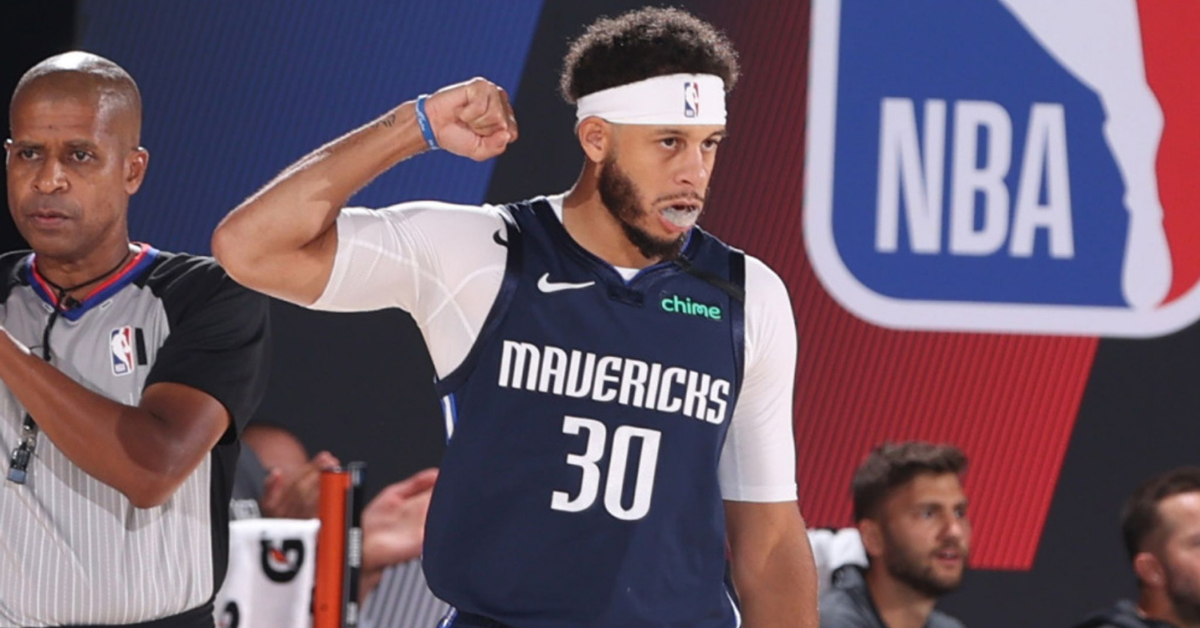 The underdogs in the western conference outperform the title favorites on Day 2 of NBA Scrimmage Games. A fully healthy Dallas Mavericks roster depicted what it is capable of doing with this victory over the Los Angeles Lakers. Dallas Mavericks were trailing behind throughout the game, however, they bounced back in the fourth quarter and closed out at 108-104.

Another healthy roster marked its return after a much-needed break of 132 days, the Portland Trailblazers. Jusuf Nurkic and Zach Collins returned after missing the entire season and lost to the Indiana Pacers 88-91. Although Trailblazers started out well, later in the game they got torched by Bragdon and Oladipo.

The reigning MVP Giannis Anetetokounmpo led Milwaukee Bucks to a blowout victory against the San Antonio Spurs without LaMarcus Aldridge. He finished the game with 22 pts, 3 rebounds, and 4 assists as the leading scorer. In addition, speaking of underdogs winning, Devin Booker’s Pheonix suns beat the 5th seeded Utah Jazz 101-88. A defense-first team like Utah Jazz let the Suns score 101 points which can be troublesome when playoffs start.

Kristaps Porzingis’s healthy return marks Dallas Mavericks’ return in the playoff hunt. However, it was not the 2019 Rookie of the Year Luka Doncic or Kristaps leading the Mavericks to a victory. It was Seth Curry, who went 100% from the floor in a 108-104 win against the Los Angeles Lakers. Just when we thought we won’t be hearing ‘look at Curry from downtown”, Seth Curry torched up from the 3 PM making 6-6 3s in his first day of NBA Scrimmage Games.

The Los Angeles Lakers started out incredibly, with 15 point lead at several instances in the game. Dion Waiters stepped up in Avery Bradley and Rajon Rondo‘s absence as expected. Lebron‘s speed and athleticism felt like he was the youngest player on the court. However, the team is not equipped to hold on to the lead without LeBron James and Anthony Davis on the court which will prove to be detrimental when playing against a deep bench like the Los Angeles Clippers.

At the end of the game, LeBron James took the opportunity to speak at length about Breonna Taylor. He played the game with Breonna on his shoes and his mind.

“First of all, I want to continue to shed light on justice for Breonna Taylor and to her family and everything that’s going on with that situation,” James said.

In day 3 of the NBA Scrimmage Games, the Houston Rockets take it against the defending champions Toronto Raptors. After being tested positive with the coronavirus, Russell Westbrook missed some key practice games with the team, however, he returns tonight to help the Rockets in their quest for a championship.

The current favorite Rookie of the Year, Ja Morant will lead the Memphis Grizzlies against Philadelphia 76ers, and the veteran Chris Paul’s Oklahoma City Thunder’s will take on Boston Celtics.