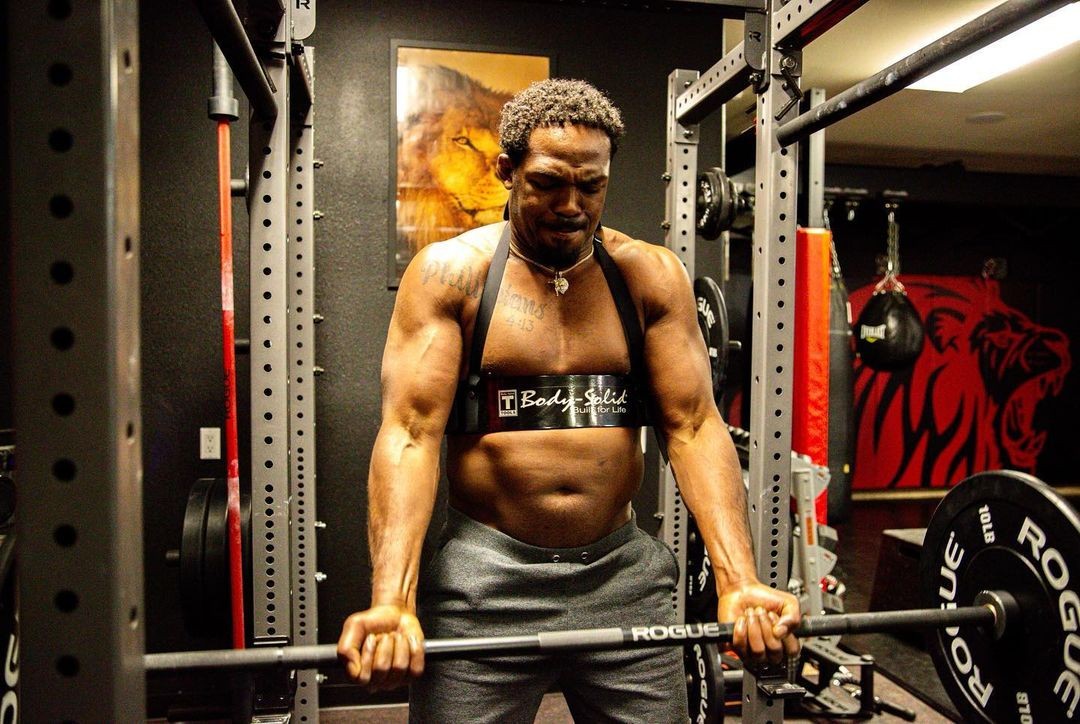 The former UFC light heavyweight champion, Jon Jones makes his much anticipated heavyweight debut next. The fight between Jon Jones and Francis Ngannou is not official yet. But, it’s just a matter of time that UFC books this heavyweight showdown.

But, there are a lot of concerns about Jon Jones taking on the baddest man on the planet. Francis Ngannou destroyed Stipe Miocic in his last fight at UFC 260. Ngannou has the power to finish the heavyweights with one punch. This will be the toughest test for Jones in recent years. But, the former light heavyweight king is aiming to cement his legacy as the GOAT with a win over Ngannou.

Jones has been training for this fight for a long time. He has been bulking up for this fight. Though he is around 240 lbs at the moment as per his coach he will be 250 lbs when he takes on Francis Ngannou. And this shows a lot of dedication from Jones for a fight that may ruin his legacy.

Jon Jones recently released training footage from his fight camp for Ngannou and he certainly seems bigger than ever before.

Changing up the training style, be ready for something different in this next fight 🦏 #precamp pic.twitter.com/idJqj953Gq

The fans have been waiting for Jones to move up to heavyweight for years now. And him taking on the scariest puncher in the game just adds to the excitement. But, there has been a decline in Jones’ dominance inside the UFC octagon. He had a close fight with Dominick Reyes and his striking did not look as lethal as it used to against Thiago Santos. So there is a possibility that Jones will fail on his heavyweight debut.

However, Jones has taken a long break before his heavyweight debut to put on the muscle mass. He has been training for this bout for a long time. Not a lot of light heavyweight has trained for a heavyweight debut as hard as Jon Jones who already have a lot of advantage over Francis Ngannou. So we will see a much better version of Jon Jones when he takes on Ngannou. And if he survives the power of Ngannou early on, then Jon Jones can dominate Ngannou as the fight goes to the later rounds.