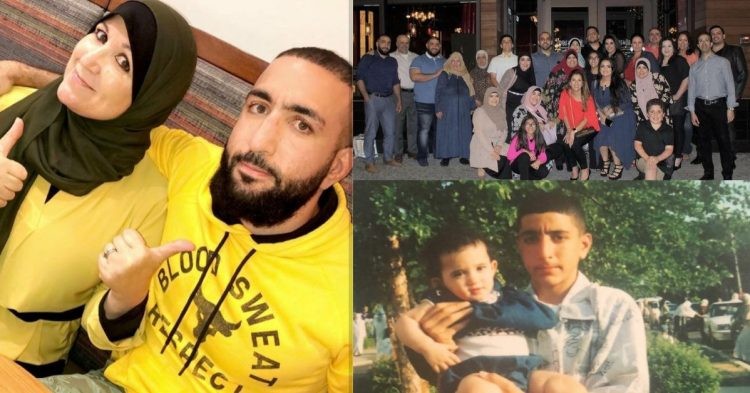 Belal Muhammad is a Mixed Martial Artist who is currently competing in the welterweight division of the UFC. The welterweight contender was born in Chicago, Illinois, the USA on July 9th 1988. In his six-year UFC career, Belal has emerged as one of the best fighters in the 170-pound division and has amassed a brilliant record of 21-3.

After making his UFC debut in 2016, Remember the Name has defeated big names like Vicente Luque, Stephen Thompson, Demian Maia and many others. Belal Muhammad is currently #5 in the welterweight rankings and is on a great seven-fight winning run.

If Belal continues to maintain his brilliant winning streak then we could see him challenge for the title in the coming year. However, let’s shift the focus from Belal’s professional career and take a look at his family life.

Belal Muhammad was born and raised in America but his mother hails from Al Birah in Palestine. Meanwhile, his dad is from the USA. The 33-year-old UFC welterweight contender is a proud supporter of his parents’ hometown and he has displayed the Palestinian flag for some of his fights.

His father’s name is Abdullah Muhammad and mother’s name is Maha Muhammad. Belal’s father Abdullah used to work at the City of Chiaco for three years until 9/11 and thereafter he was fired.

Later his father owned a cell phone store in Chicago. For nearly fifteen years, his father’s business helped in supporting his family. But unfortunately Abdullah had to shut down his business after his store was vandalised during the Black Lives Matter protest in June 2020.

15 years my dad supported our family with this shop 🙏 pic.twitter.com/cUf6tca9sN

The welterweight contender also has a sister named Amyra who has her pharmaceutical clinic in Ilinois. Growing up in Chicago, Remember the Name started his wrestling career in high school and has graduated from University of Illinois at Urbana-Champaign.

Remember the Name is a Muslim and the American-Palestinian fighter loves to represent his faith and he has often fought during Ramadan and used the UFC platform to educate fans on Islam.

There’s no information available about Belal Muhammad’s dating life as the UFC welterweight star likes to keep his personal life private from the public eye and hence he has not posted any pictures with his girlfriend.

As per reports, Remember the Name is not married to anyone. But it is rumoured that Belal Muhammad is currently single. It seems that he is focused on his MMA career as his goal is to win the UFC welterweight title.