Belal Muhammad Wants to Fight the Best in the World, Calls on Jorge Masvidal, Colby Covington and Khamzat Chimaev 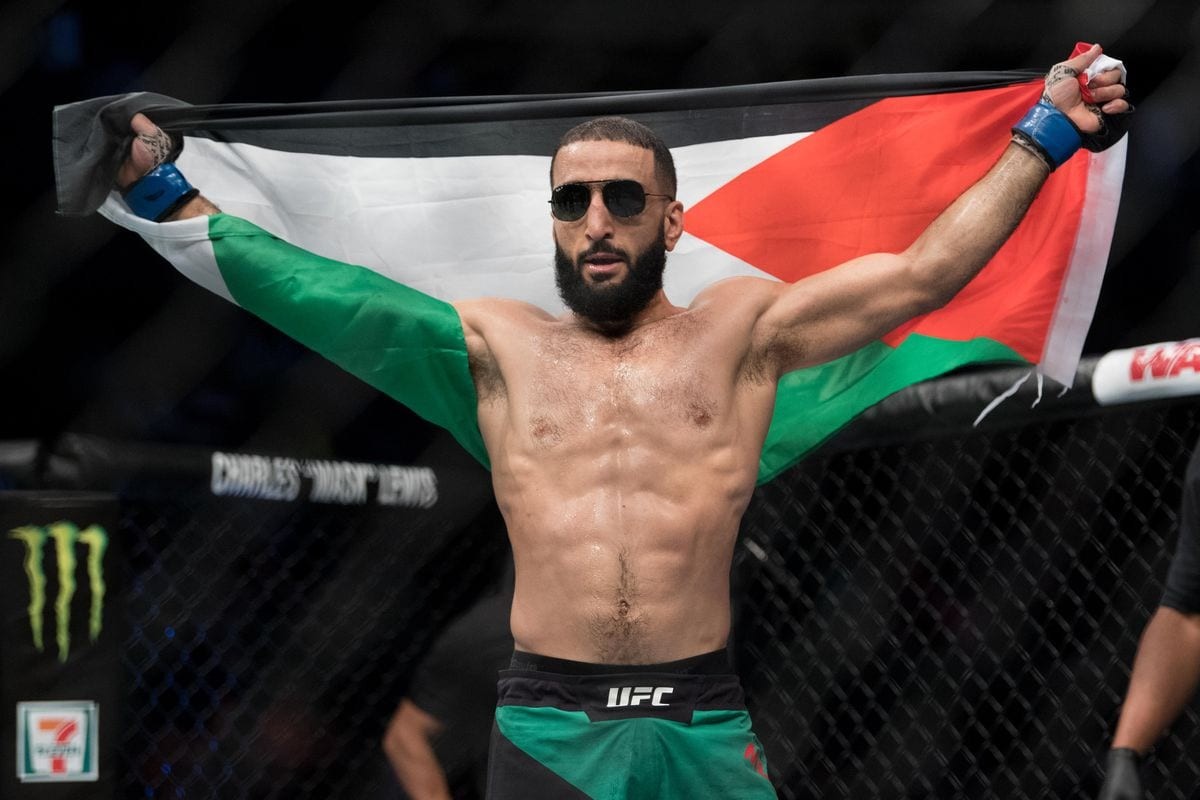 Belal Muhammad is on a 7 fight unbeaten streak. The Chicago native last lost a fight to Geoff Neal in 2019. Since then he has gone on to beat the likes of Demian Maia and Stephen ‘Wonderboy’ Thompson in his last few bouts. For the first time in his career, Belal has broken into the Top 5 of the Welterweight rankings.

He is currently on a mission to fight for the 170 lbs championship. The welterweight has called out from no. 1 ranked fighter to no. 10. In a recent interview with Mark Raimondi of ESPN MMA, Muhmmad revealed the names that he wants to fight.

The champion Kamaru Usman recently fought Colby Covington for the second time to defend his title. Usman has defended the Welterweight championship 5 times and has defeated almost all the ranked fighters. Hence, a match-up between Belal Muhammad and the champ will provide a fresh contest for the fans to enjoy.

Apparently, Colby Covington, Jorge Masvidal and Khamzat Chimaev are all on his list for potential opponents. During the interview with ESPN MMA, he called out Masvidal and Covington saying he wants to stay active in the division. Muhammad’s last two wins are Stephen Thompson and Demian Maia. Jorge Masvidal has losses over both of them and Belal pointed that out.

“I want to stay active, I want to fight these guys that are so-called ‘the best in the world.’ [Jorge] Masvidal’s been saying whatever is going to get him to the title shot… I just beat two guys that beat Masvidal, so come and get those wins back by beating me” said the 33-year-old.

He continued and called out Colby Covington in the same interview as well. Belal added, “I’ve been calling [Colby Covington] out for like 10 years… Leon [Edwards] is gonna sit there and wait on the sidelines… For sure a lot of these guys are not going to want to answer that call if Dana [White] texts them or calls them.”

Khamzat Chimaev and Belal Are on a Collision Course

Although Khamzat Chimaev is currently ranked way below Belal Muhammad, Belal is not opposed to taking on the Swedish fighter either. He wants to take away all the hype from the 27-year old. In a recent interview with MMA Fighting, Muhmmad expressed his desire to step in the octagon with Chimaev.

Since the interview, the two have gone back and forth with each other on Twitter. Catch the interaction here.

Don’t worry dr bully has the medicine that you need you don’t have to retire @KChimaev pic.twitter.com/aZzCdOfNRD

Why u keep using Khabib and mcgregor lines? Be original brother https://t.co/9hb5hE1qir

Both Khamzat Chimaev and Belal Muhammad are both waiting for their next fight. The potential match-up between the two makes sense in a lot of ways. Khamzat is looking to take that big step into the top 5 of the division. While Belal is looking for a big fight. Hence, the match-up is an easy one for the UFC to make.