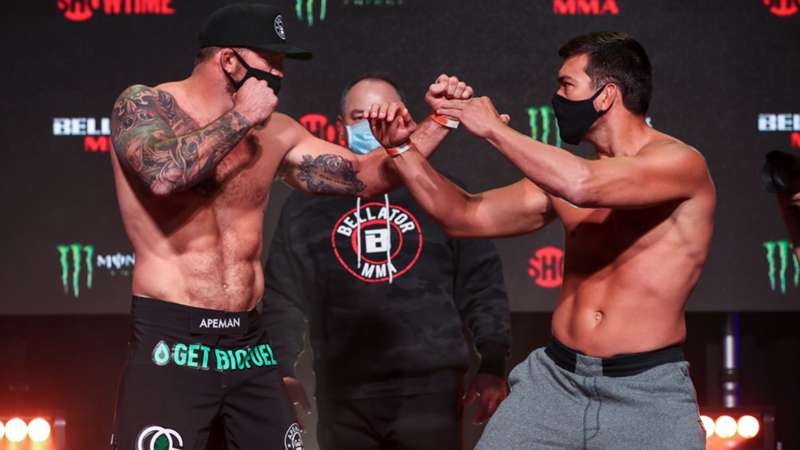 Both Ryan Bader and Lyoto Machida are coming off losses in their last fight. Bader got knocked out by Vadim Nemkov back in Bellator 244 and lost his light heavyweight title. on the other hand, Lyoto Machida has lost to Phil Davis and Gegard Mousasi in his last two fights via split decisions. So who will stand victorious at Bellator 256? Let’s find out.

Ryan Bader and Lyoto Machida have fought each other once in UFC. Machida was able to knockout Bader in the first encounter. However, the scenario is completely different in the rematch at Bellator 256.

Ryan Bader has improved a lot since his first interaction with Lyoto Machida in UFC. And the accolades he has collected speak for the improvements he has made in his skillset. Bader has impressive knockout power, solid ground game, and wrestling. He has knocked out some legit heavyweights in Bellator and that just goes to show that he will a power advantage over Machida.

On the other hand, the best days of Lyoto Machida are behind him. Machida is a true legend of the sport but he is not at his best anymore. His fight against Gegard was extremely close and many fans believed that Machida won the fight. However, Machida is not as fast as he used to be and he does not pose the same level of threat that he once did in striking.

Ryan Bader is a more complete fighter at this stage of his career than Lyoto Machida. He can striker and knockout heavyweights, he can outwrestle some of the best fighters, and he can be very active on the ground. This fight is likely to go in the favor of Bader. Lyoto Machida has been knocked out multiple times in the past and Bader will be a huge threat to Machida with his power.