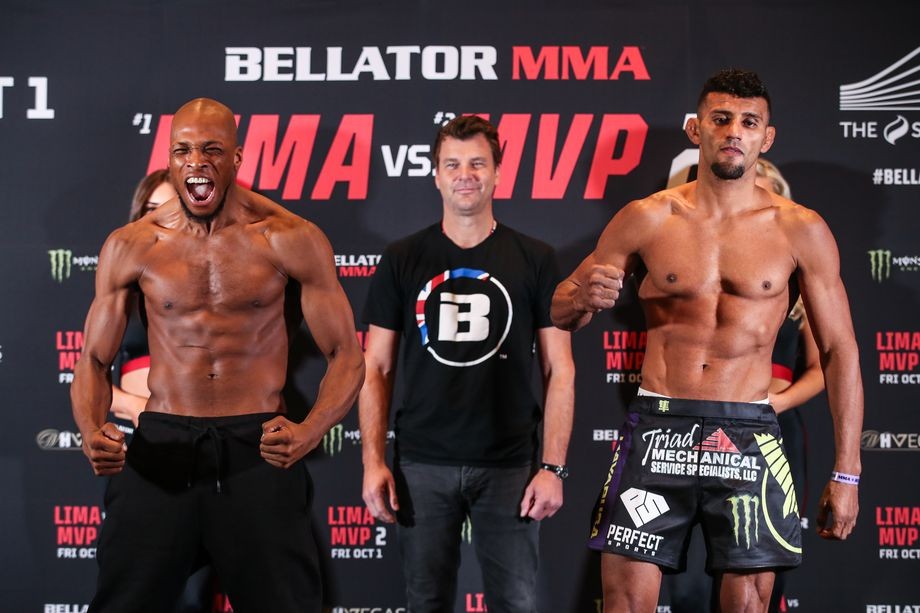 On October 1, Bellator 267 will take place at the SSE Arena in London, England. The headliner of the event will be a highly anticipated welterweight match-up between the very experienced, former Bellator champion Douglas Lima and one of the most spectacular strikers, Michael “Venom” Page, also known as MVP.

It is going to be their rematch. They first squared off against each other at Bellator 221. Douglas Lima defeated MVP, but Venom dominated the better part of the entire fight, losing to a vicious counter-right hook from Lima in the final exchange that slept him. Lima was awarded the victory via stoppage as he defended the Bellator welterweight gold.

2️⃣+ years after their first encounter, @PhenomLima and @MichaelPage247 square off once again…

Douglas Lima (32-9) will enter into the contest on a surprising losing streak. After defeating Rory MacDonald in their Bellator 232 rematch to regain the 170-pound title and winning the Grand Prix tournament, Lima has lost consecutive title bouts to middleweight champion Gegard Mousasi and new welterweight champ Yaroslav Amosov.

Michael Page is an extraordinary striker. He has skills, speed, and an enormous reach, which gives him a considerable advantage against his rivals. As a professional MMA fighter, he fought 20 times and suffered a loss only once against Douglas Lima. Since suffering a loss against Lima, he has earned 5 victories in a row and 4 out of them were via KO/TKO. He has 12 KO/TKO victories and 3 submissions.

Both Page and Lima have striking that can end a fight at any moment, with Page using his range and length while Lima uses his speed to get in the pocket.

Although the first fight was explosive, the rematch will likely be more of a tactical affair given Page’s evolution. The deciding factor could very well be which fighter is able to establish himself as the aggressor to keep the fight on his terms.

When Page has performed his best, it’s been when he has been able to ‘lead the dance’ and use his karate style effectively. Although he is mainly known for his striking, Page also has sneaky good jiu-jitsu and can work well off of his back.

Lima will more than likely look to get the early takedown on Page to avoid a striking war. If he is not able to take him down, it could be a long night at the office for Lima. Page is aware of the low-calf kick, a move in which has in a way revolutionized the sport and will look to capitalize on openings on the feet.

All in all, it looks like a good matchup, but if Page is able to find his timing with his striking then he would secure a victory in front of his hometown.