The stage is set as we are just a few hours away before the highly anticipated Bellator 277 takes place inside the SAP Center in San Jose, California. This PPV features two big title fights that are sure to keep the audience on the edge of their seats.

So let us take a look at one of the title fights that will take place at the co-main event of the evening and try to predict the outcome of that matchup. Light heavyweight champion Vadim Nemkov defends his title against Corey Anderson in the final of the Grand Prix showdown. Consequently, there is a lot at stake for these light heavyweights as the winner will earn a huge prize of $1 million.

Moreover, both the fighters are currently undefeated in the promotion and this fact makes this matchup more exciting as we will witness someone suffering their first Bellator defeat. Speaking about this super fight, Corey Anderson is coming off a brilliant stoppage victory over Ryan Bader in the semi-finals of the Light Heavyweight Grand Prix.

As we move forward, let us compare the stats of these two light heavyweights that will step inside the Bellator octagon in the co-main event.

This Bellator 277 co-main event fight between Vadim Nemkov and Corey Anderson for the light heavyweight title has a high potential to turn out into a nail biting fight. Given their well roundedness in all facets of the game, fans can expect a blood bath. 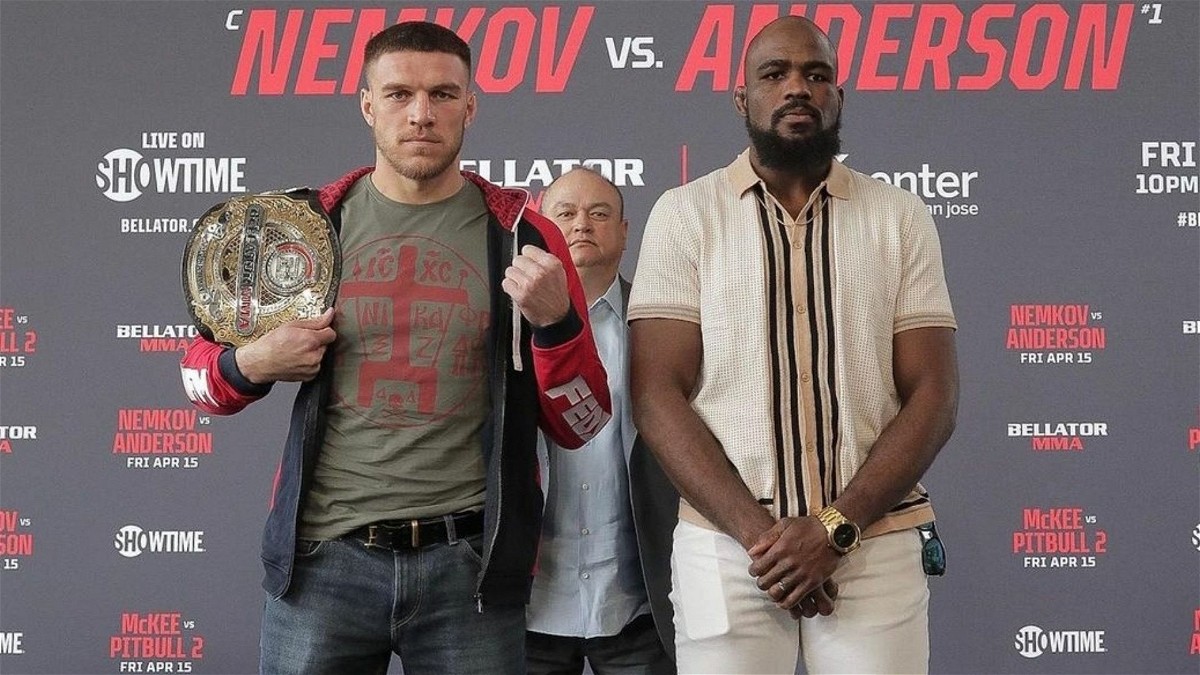 Heading into this fight, the light heavyweight champion picked up a terrific submission win over Julius Anglicas. Getting to the styles of these two fighters, both Nemkov and Anderson are extremely smart fighters with great awareness.

Vadim has a very aggressive approach and is a good boxer. His ability to stand and strike is second to none. Apart from his exceptional striking prowess, Nemkov possesses a big submission threat. The light heavyweight champion has good wrestling skills and is extremely dangerous on the ground.

On the other hand, Overtime has evolved his striking game over the years. He now pushes forward at his opponents with a consistent pace with high output. Besides, Just like Nemkov, Anderson has great knockout power which was on display in his last fight against Bader.

If this fight turns out to be a striking battle, then Corey has a good chance to outclass Nemkov due to his height and reach advantage. However, Vadim would most likely try to use his takedown skills and make an attempt to submit Anderson and defend his title.

In the end, unless the champion runs into Corey Anderson’s striking zone, one can expect Nemkov to come out on top in this highly anticipated Grand Prix finals.