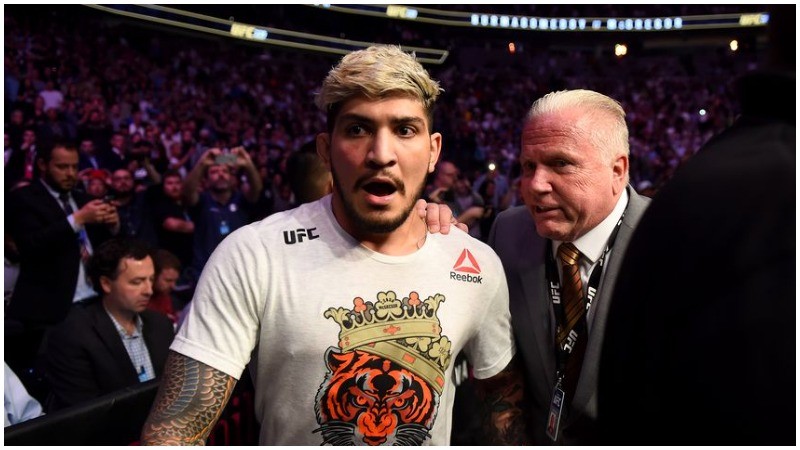 Dillon Danis was arrested last night by the police authorities and taken into police custody. The word controversy and Dillon Danis seems to run hand in hand. It looks like Danis has landed himself in trouble, but this time it is not with some fighter.

What really happened to Dillon Danis?

On Monday, a video of the Bellator fighter was surfaced on social media. In the video Danis can be seen struggling with the police authorities as he was being handcuffed. As the video ends, it can be seen that the police officials along with some security managed to take control of Danis and then dragged him to a marked police vehicle. The location where Danis was arrested is believed to be the Beachcomber Bar and Grill in Seaside Heights, New Jersey.

However later, an unconfirmed mugshot of Dillon Danis was shared on social media in which we can see Danis along with the label of Seaside Heights Police Department. The official statement for Danis’s arrest is yet to come.  Danis has not yet commented on his arrest but posted a cryptic message on his social media after the news of his arrest went viral

Dillon Danis is a decorated Brazilian jiu-jitsu black belt and has been competing in Bellator. His MMA record is 2-0 with both the wins came via submission. But Danis hasn’t fought since June 2019, he was scheduled to fight at Bellator 238 in January 2020 but withdrew from the fight after injuring his knee during training. He went a reconstructive surgery in March 2020. Danis hasn’t yet competed since he underwent surgery, although he was linked to fight Jake Paul in a potential boxing match after the duo went back and forth for months on social media.

What do you think led to the arrest of Dillon Danis?