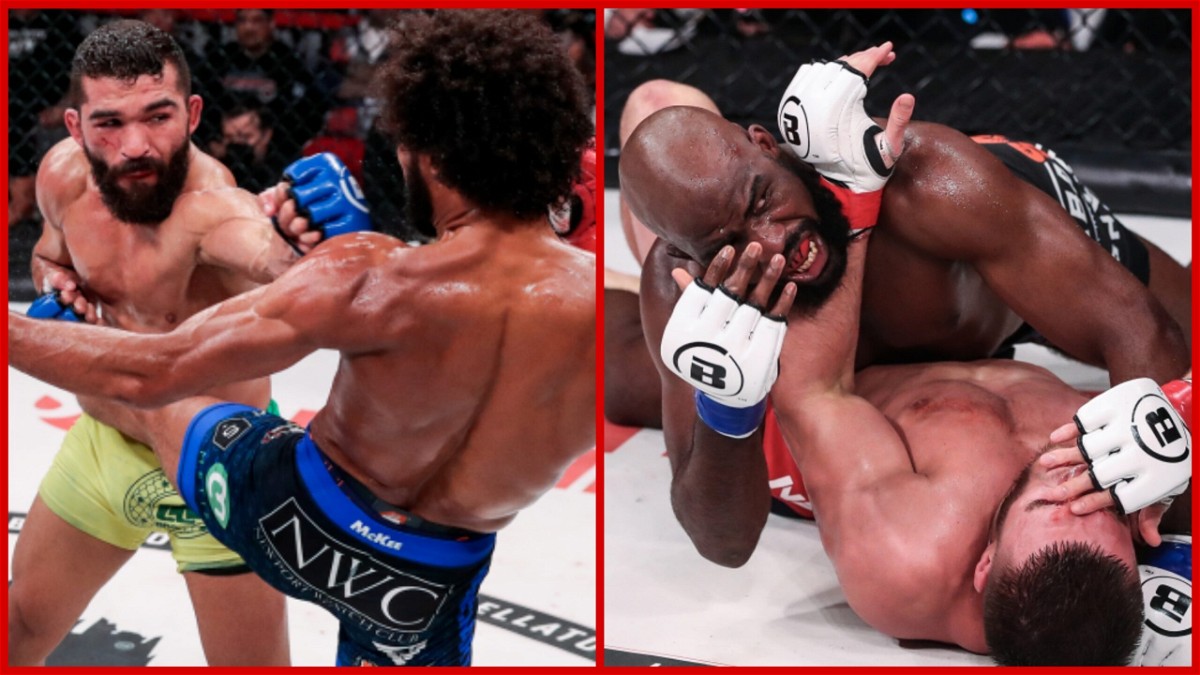 The purses for Bellator 277 have been disclosed. The amount of pay peaked at $250,000, while the lowest amounts were given out to the prelims fighters who earned $2000 to show up and the same amount on top in case of victory.

Historic Bellator 277 card is in the books and the event had some shocking results. The unbeaten AJ McKee suffered the first loss of his career in the hands of Patricio Pitbull. While the light-heavyweight championship fight ended in an anticlimactic fashion as an accidental head clash caused a ‘No Contest’ finish.

The two fighters in the main event earned a reported $250,000 each. But there was no win bonus for Patricio despite winning the rematch. Corey Anderson also earned a flat fee of $250,000 to show up. The 205lbs champion Vadim Nemkov only bagged $80,000 making it to the cage. However, he was set to earn Eighty thousand more if he beat Anderson.

Featherweight prospect Aaron Pico defeated Adli Edwards via TKO at 0:33 of the 3rd round. Pico earned a flat fee of $75,000 with no win bonuses while Edwards earned $50,000 for the fight with no possibility of a bonus.

The rematch between AJ McKee and Patricio Pitbull did not end similarly to the first time around. This rematch went all 5 rounds and ultimately Pitbull got his hand raised as he won the fight via unanimous decision. While two judges scored the fight 48-47, one had it 49-46, all in favour of the Brazilian fighter.

Vadim Nemkov retains his light-heavyweight title after a collision of heads made it impossible for the fight to continue. Corey Anderson dominated Nemkov throughout the duration of the fight. In the third round, Anderson was landing vicious ground-and-pound on the Russian. During that, he accidentally head-butted Vadim which made the referee stop the fight immediately.

• Vadim Nemkov vs Corey Anderson: Ruled No Contest due to clash of heads. (Light-heavyweight championship)

The results in both championship fights have left the door open for a rematch. Both AJ McKee and Patricio Pitbull have won 1 fight each. Hence a trilogy makes sense. Whereas, the fight between Nemkov and Anderson remains unresolved. So it will not be surprising to see these against being booked once again.