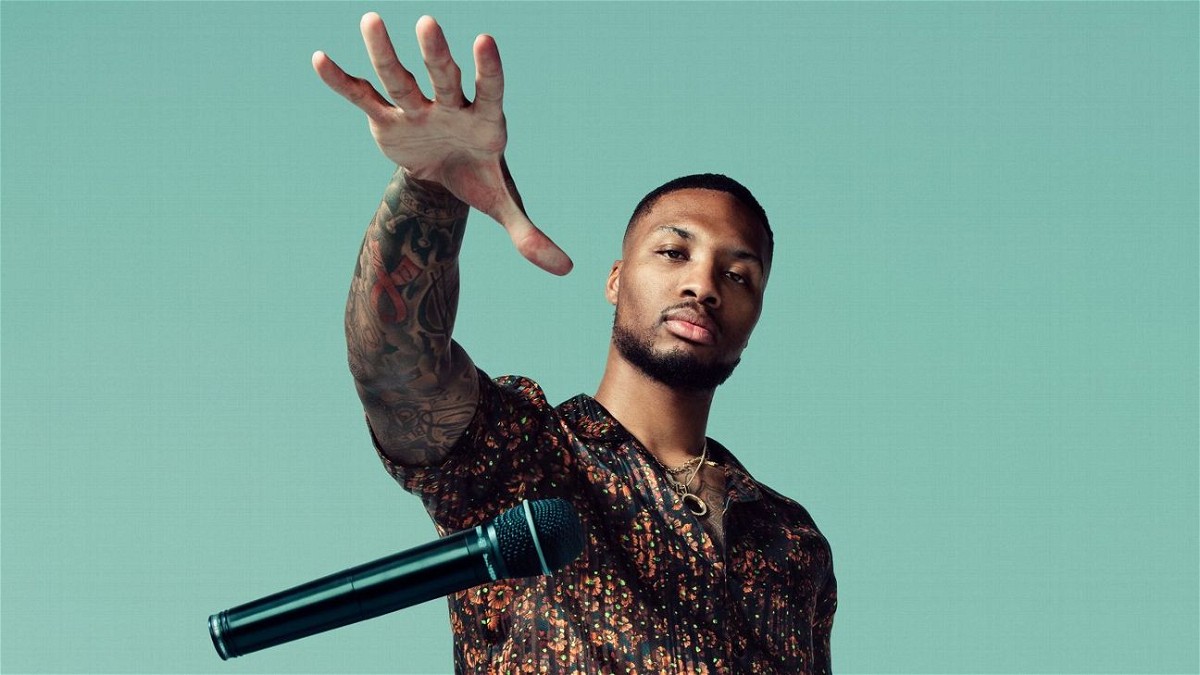 All-Star Damian Lillard is the face of the franchise for Portland Trail Blazers. He has achieved various accolades in his career. Additionally, he holds a very unique record which no Portland Trail Blazers has ever achieved. Scoring a massive 61 points in a game. Averaging 30 points and 8 assists per game, Damian is definitely in the big leagues. But these are his on-court achievements. What is his alter ego Dame D.O.L.L.A?

Off the court, Damian is a different persona altogether. When he isn’t on the court, he will be in the studio producing some bangers as a rapper. Since being drafted into the NBA he has appeared in Hulu commercial and produced three rap albums. He goes by the name of Dame D.O.L.L.A. There is a small anecdote behind his stage name. During his college days, his friends used to call him Dame Dolla. He added a little eccentricity by making Dolla an acronym. “Different On all Levels the Lord Allows” is what D.O.L.L.A stands for. 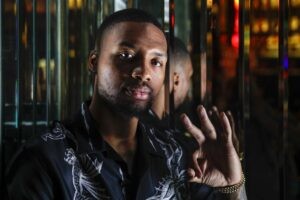 He had a love for rapping way before his love for basketball. In fact, his love for music was never lost. Despite having success and becoming a household name, a basketball career wasn’t enough for him.

In 2016, D.O.L.L.A dropped his first-ever album. The album consisting of 12 songs and almost being an hour-long, was very well received by the critics and fans. In this album, he collaborated with rap icons like Lil Wayne, Jamie Foxx, Marsha Ambrosius and many more. Its most famous song was Bill Walton. The album peaked at 119 on US billboard 200.

After his album receiving critical success, D.O.L.L.A produced his second album. “Confirmed” is a rap paying tribute to the three of the biggest rap icons, Tupac, Notorious B.I.G and Nas. This album became a super hit and received high praise and critical fame. This time he had collaborated with Lil Wayne, 2 Chainz, Brookfield Deuce etc. His most famous song was Boss life. Sadly the album was never on any billboard charts.

In 2019, his latest and third album was released. This album included 10 songs and was about half an hour long. This album peaked at 12th position in US Indie charts. Indeed this album also included collaboration with Lil Wayne. Lil Wayne has been in all three of his albums showcasing their bond and friendship. Other collaborations include Jeremih, Kevin Love and his one-year-old son, Damian Jr. The most acclaimed hit still is Sorry ft. Lil Wayne

Nevertheless, whatsoever he decides in his NBA career, Damian Dillard knows what his passion truly is. It also ensures that what he will be doing after he retires from NBA. Additionally, the way his albums are received he will easily be on every playlist. The future looks extremely bright for this superstar.