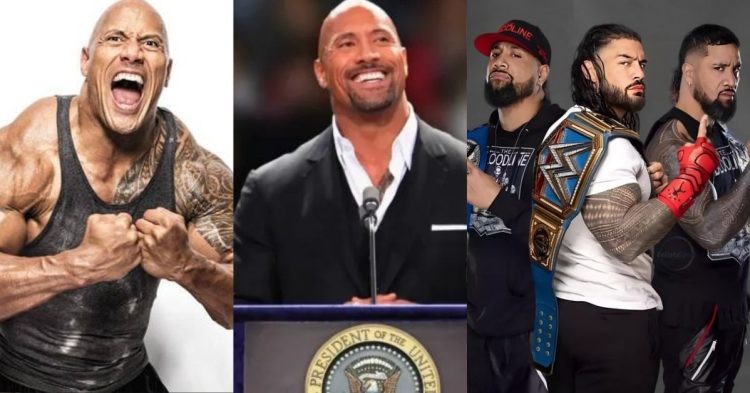 The Rock, unquestionably one of the most prominent personalities to ever represent professional wrestling, has a history of leading the WWE and becoming a well-known celebrity in Hollywood. The Rock was brought into question by Chris Van Vliet if he acknowledged Roman Reigns, a fellow member of the Anoa’i family, as the Tribal Chief. His reaction was short and simple.

The Rock said “I do. It’s my family.” The Great one continued by talking about the entire faction and how, in his opinion, they have handled the cards given to them over the past several months and years, showcasing their talent and value to the company.

“I think those guys are, I think they’re doing a great job. And I think what an interesting shift the company has gone through this year, unexpected in many ways. But when expectational happens in that kind of way and form and fashion, especially in that business, you got to have the ability and the agility to pivot, which they have. So with Roman, I think he’s doing a pretty good job, and the boys too, The Usos, those two as well.”, Dwayne added.

The Rock’s most recent project has him taking the lead in the upcoming Black Adam movie. A video from the former multiple-time World Champion’s promotional tour in Mexico was recently shared.

Will The Rock run for the US President?

The Rock’s name has come up frequently over the past year in talks about the prospect that he could shortly run for US president in the pro wrestling, political, sports, and entertainment worlds. Johnson has already acknowledged conducting a study for a possible 2024 or 2028 run. Dwayne “The Rock” Johnson stated that he no longer considering running for president of the United States and that he instead wants to put more of his attention toward his role as a father.

He said “It’s off the table. Yes, it is off the table. I will say this, ’cause it requires a B-side to this. I love our country and everyone in it,” the 50-year-old star explains. I also love being a daddy. And that’s the most important thing to me, is being a daddy – number one, especially during this time, this critical time in my daughters’ lives.”