Amanda Serrano vs Katie Taylor: Eddie Hearn Details How the Boxing Showdown Is Shaping Up to Be One of the Biggest Fights in MSG History 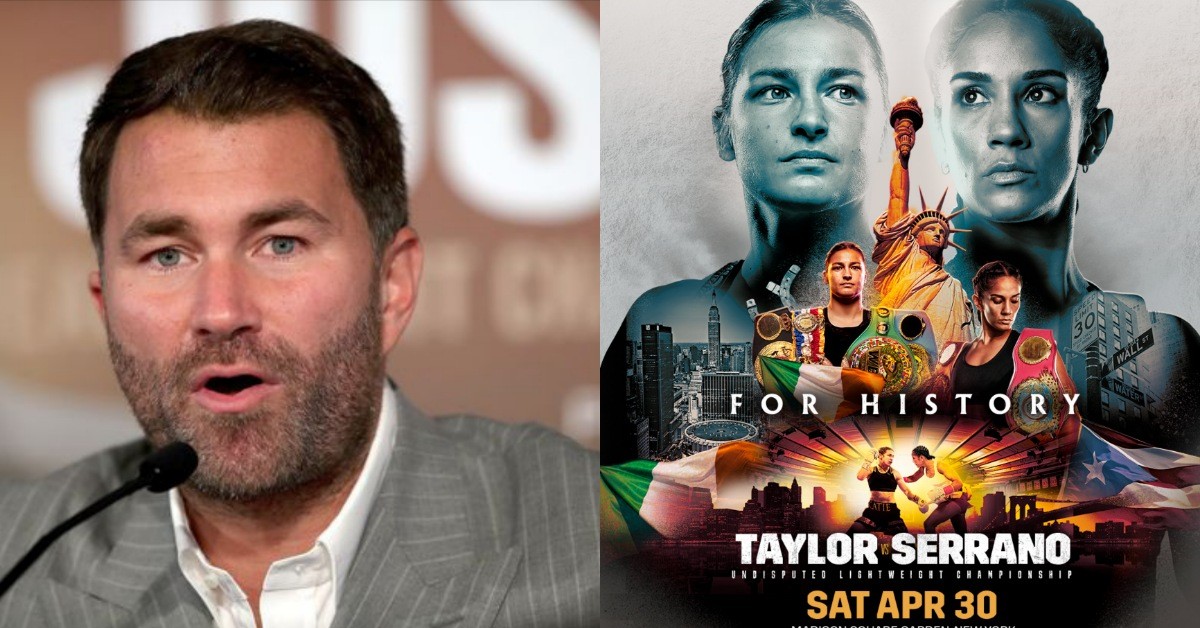 Madison Square Garden (MSG) will be a sell-out for the April 30th fight between Amanda Serrano and Katie Taylor. Boxing promoter, Eddie Hearn revealed in a recent press conference that the venue is almost on the verge of being sold out for this Saturday’s mega-fight. It will make the event one of the biggest in boxing history.

This weekend’s bout will be for the Undisputed Lightweight Crown as champion Katie Taylor takes on the Unified Featherweight Champion Amanda Serrano. It will be a historic occasion they will become the only female boxers to feature in the main event of MSG.

The iconic venue where the likes of Muhammad Ali and Mike Tyson fought previously, has a capacity of 20,000. According to the British promoter, more than 15,000 of the tickets have already been sold out. Hearn stated that the rest are expected to be bought out as well by the time the event starts.

Only 4 events previously drew over 20 thousand people into the arena. Both fights between Muhammad Ali and Joe Frazier reportedly had crowds of 20,455 and 20,748 in 1971 and 1974. In 1999, Evander Holyfield vs Lennox Lewis saw 21,284 people in the arena. The only MMA event on the list was the historic UFC 205 that took place in 2016. Conor McGregor dismantled Eddie Alvarez to become the first UFC double champ. It had a crowd of 20,427. Hence, if the fight on Saturday can sell more than 20,000 tickets, it will only be the fifth event to do so.

Eddie Hearn: ‘Half of the fans are travelling from the UK and Ireland’

Eddie Hearn kicked off the press conference by mentioning the figures to the press. He revealed that there were talks of holding the fight inside a smaller venue. However, the magnitude of the event made them reconsider as they decided to host the event in the mecca of boxing. Eddie Hearn said,

Madison Square Garden is most famous for its lively and robust audiences. With the injection of the UK and Irish boxing fans, the ambience of the arena will be befitting the enormity of the event.

A live crowd, in any event, amplifies the excitement. But it is especially true in the case of combat sports. Although Amanda Serrano will have her own share of fans, especially with the involvement of Jake Paul, the crowd this Saturday will very much be a pro-Taylor crowd. The British are always supportive of their own as they cheer on their fighters with all their hearts and the event at MSG should be no different.

Will the energy of the crowd have any impact on the fight? Can the fans make a difference in the result? Only time will tell as the event goes down this Saturday inside MSG. Click here to find out all details on how to watch the fight live.

Amanda Serrano Walkout Songs: List of Songs ‘The Real Deal’ Has Used for the Ring Walk