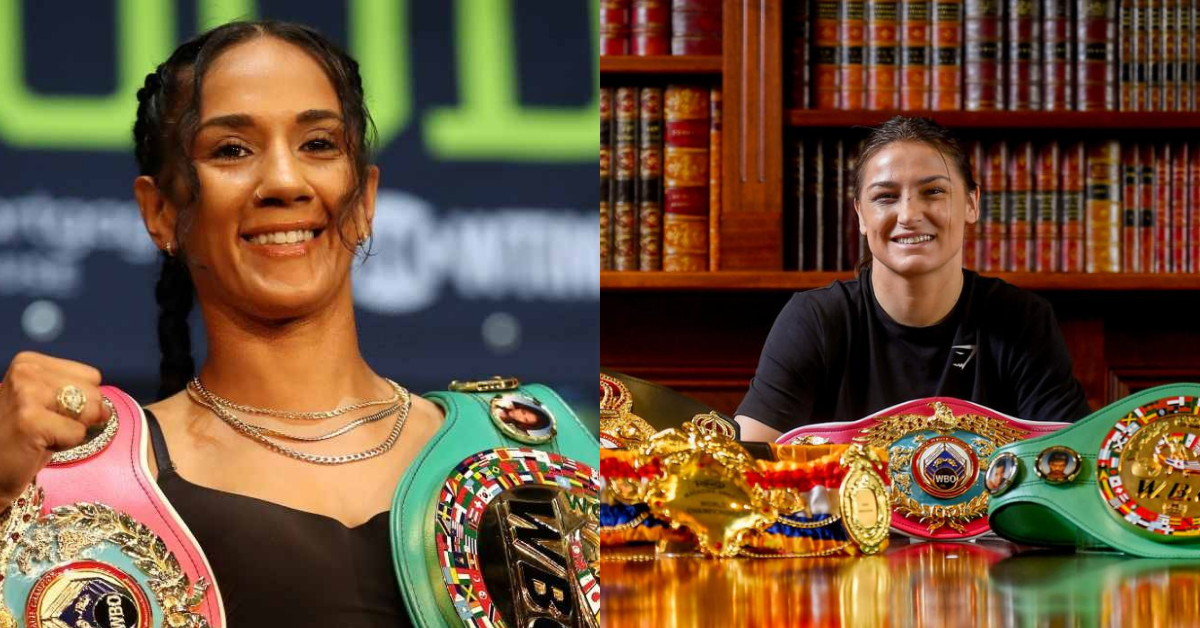 Amanda Serrano is taking on Katie Taylor in a historic fight in women’s boxing where two unified champions from two different weight classes will go head to head. Serrano will be the challenger on April 30 as she looks to dethrone the undisputed lightweight champion, Katie Taylor. The event will take place inside Madison Square Garden.

Taylor’s WBA, WBC, IBF, WBO, and The Ring female lightweight titles will be up for grabs as two of the most decorated female boxers of this generation come face to face. The Irish champ Katie Taylor has one of the best resumes in boxing. She also won the gold medal in 2012’s London Olympics games as an amateur. The 35-year-old has been unbeaten in her career so with a record of 20-0.

Amanda Serrano is also a versatile fighter herself. She currently holds three championships in a weight class below, at featherweight (WBO, WBC, and IBO championships). Serrano is also a world record holder as she is the only female boxer to have won titles in seven different weight categories. She has a boxing record of 42-1-1.

Amanda Serrano vs Katie Taylor is being advertised as the biggest fight in women’s boxing. And it reflects on the fight purse as well. Reports earlier in the year suggested that both competitors will be earning seven figures for the fight. One-half of the promoters, Jake Paul revealed that the money will be life-changing for both Serrano and Taylor. In conversation with Ariel Helwani, Paul revealed,

“Yeah, they’re getting paid in the seven figures. Which is historic! It’s never happened for women. Guaranteed seven figures plus you know pay-per-view (points). Obviously, you know it’s going to be a massive pay-per-view. So this is life-changing I think for both girls,”

By the looks of it, it promises to be one of the biggest fight purses in women’s boxing history. However, at this moment there aren’t any official figures to report. It is unknown whether they’ll get any Pay Per View (PPV) points. Or what the structure of their payment will be.

This will be the fourth time that Katie Taylor has earned over a million dollars in her career. According to Sportekz, she earned €1.2 million, €1.5 million and € 1.2 million for her fights against Delfine Persoon, Miriam Gutiérrez, and Natasha Jonas. She also received €350,000 each for fighting Delfine Persoon and Christina Linardatou.

Amanda Serrano on the other hand will earn her first seven-figure paycheck on April 30. As per a report from Sportszion, the ‘Real Deal ‘ has apparently earned an estimated $3 million in her boxing career so far.

She reportedly earned $100,000 in her fight against Heather Hardy. Serrano also bagged $350,000 and $400,000 for her bouts against Daniela Romina Bermúdez and Yamileth Mercado respectively. While she earned a reported $275,000 for her last fight against Miriam Gutiérrez in December of last year.