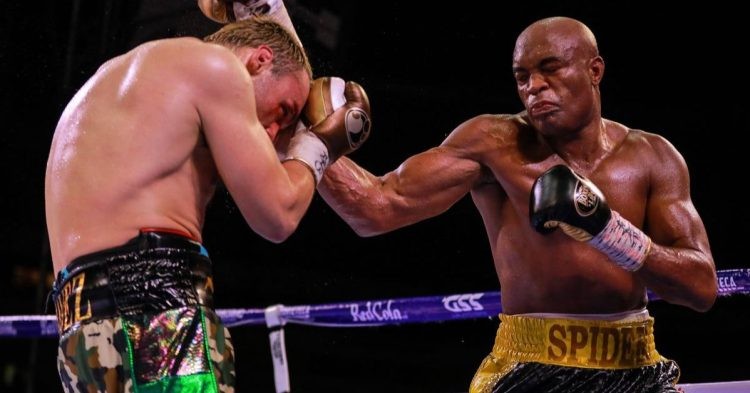 One of the greatest MMA fighters of all time, Anderson Silva is all set to face young prodigy Jake ‘The Problem Child’ Paul. Silva vs Paul is supposed to go down on October 29th at Glendale, Arizona.

Silva then fought Julio Cesar De Jesus, whom he defeated via knockout and earned his first victory in professional boxing. Silva then brushed aside boxing to focus solely on his MMA career and after joining the UFC in 2006, he scaled new heights of success and stardom. He holds a 34-11 record and is widely considered one of the most accomplished fighters in MMA.

The biggest win of Silva’s boxing career came against former WBC middleweight champion Julio Cesar Chavez Jr. After defeating a former boxing world champion, Silva took a step down in competition to fight his former UFC counterpart Tito Ortiz who he comfortably knocked out in the very first round.

When did Anderson Silva make his boxing debut?

“I entered the ring, the bell rang and he walked straight forward, landing a sequence from corner to corner,” Teixeira said. “When we got back to the center of the ring and I was able to see things again because he hit me with a lot of punches I threw my first sequence with a hook to the liver in the end of the first round and the fight was over. He couldn’t come back.” This is what Teixeira had to say about his fight with debutant Anderson Silva.

Silva’s professional boxing debut certainly didn’t go as planned. Getting knocked out in the very first round on debut, not many would have predicted his career to go where it did. As of now, Paul is scheduled to fight Jake Paul, who on paper doesn’t seem to be the biggest threat but certainly holds some explosive power in his hands that could change the course of the fight at any given moment.