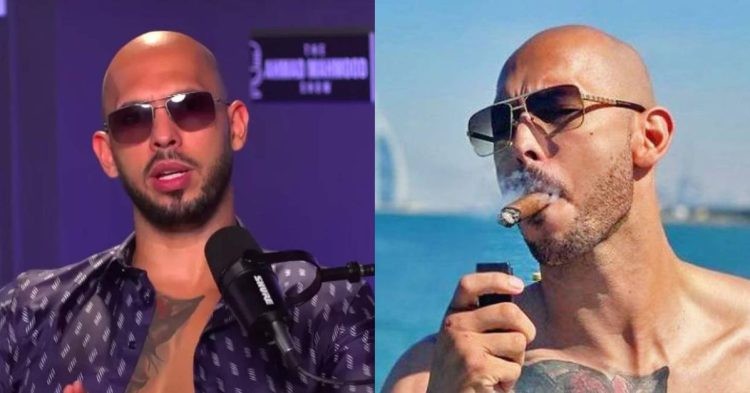 Andrew Tate is reportedly at risk of getting cancer. (Credits: YouTube)

Previously, Andrew Tate along with his brother and other accomplices were arrested on December 29. The ‘Top G’ was apprehended at his luxury villa on charges of human trafficking, r*pe, and organized crime. There are also rumors of money laundering.

Additionally, the court declared that Tate and his associates will be kept in preventive detention for 30 days. Now, with a hearing fast approaching on Tuesday, January 10, a new incident has been thrown into the mix. Recent reports from Romanian outlets and Tate’s manager himself confirmed reports that Tate was taken to a hospital.

Considering the circumstances and the events that surround it, the whole ordeal seems to be very confusing. Amidst all this, fans have now learned of Andrew Tate’s pre-existing medical condition. Despite Tate’s manager apparently giving the thumbs up about his condition, others believe there is more to the story.

After news emerged of the social media star’s hospitalization, Sneako’s reported manager and Tate’s own Twitter account made some interesting comments. Both accounts implied foul play, specifically due to the fact that Tate would never agree to be hospitalized.

While many believed that the medical emergency could be due to Tate’s asthma problems, there are other outlets that state the possibility of Andrew requiring a check-up for cancer. Although the reports are not confirmed, it appears that the ‘Top G’ has developed a ‘lung nodule’.

Is Andrew Tate at risk of getting cancer?

According to a report by Dexerto, Andrew was taken to a hospital in Bucharest. As it turns out, the social media star has apparently developed a lung nodule. Even though it is said to be harmless and benign most of the time, there are chances for a lung nodule to become cancerous and thus require examination.

As such, there are rumors about the controversial social media star possibly suffering from cancer ever since. While we only have the word of a Romanian outlet on the situation, there is no telling what the actual situation is. The report was also put under scrutiny by many, as it states that Tate reportedly asked to see a doctor himself.

Devout followers of the ‘Top G’ are firm in their belief that he would never ask to see a doctor or agree to take medication. The report also claimed that Tate has had ‘a very serious health problem’ even prior to his preventive detention. As such, it completely contradicts what Tate’s manager has previously revealed.

With the first hearing of Tate’s trial almost upon us, everyone is eagerly awaiting the judge’s verdict. Will we finally get to hear what Tate has to say or will the uncertainties continue? Leave us your thoughts in the comments below.