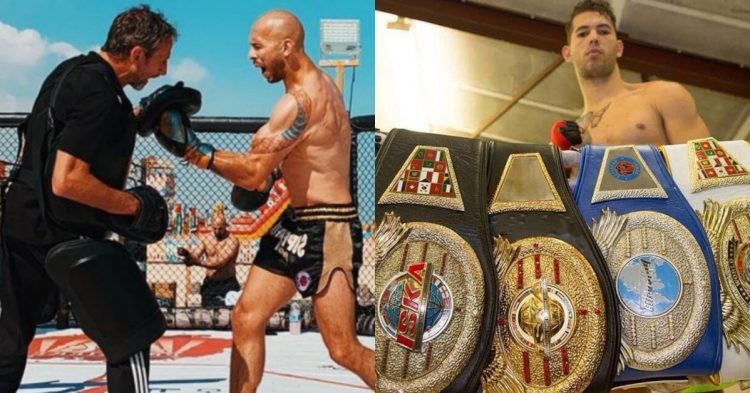 Andrew Tate is a retired kickboxer and an extremely controversial figure in the world at the moment. Tate’s comments on women were judged to be misogynistic and he faced a severe backlash because of it. Not not only criticism, but Tate also lost access to all of his social media accounts as well. He was banned from Twitter, Instagram, and TikTok.

YouTube also followed the trend and got rid of two of Tate’s channels, “TateSpeech” and “Tate Confidential.” Despite that, Andrew Tate maintains a reported net worth above $350 million. But Tate disputed that report and implied that his net worth is much more than the reported amount. Tate set up many businesses outside of fighting and it allowed him to lead a very luxurious lifestyle.

The 35-year-old has multiple casinos and webcam rings and runs Hustler University. But, it looks like Tate caught the bug for fighting once more and is set to return to the ring. But this time, he is not returning to kickboxing. Instead, he will take on Jake Paul in the boxing ring. Although the bout is not official, yet, Paul sent out a tweet confirming negotiations between the two.

It does look like the bout may happen. So let’s take a look at Andrew Tate’s kickboxing record before his much-anticipated return.

How good was Andrew Tate as a kickboxer?

Andrew Tate started his fighting career in 2005. However, the exact record for Tate’s kickboxing career stats is unavailable. There are reports that Tate has a total of 85 fights in his career with 76 wins and 9 losses. However, other reports claim that the kickboxer has 43 wins and 9 losses. But one thing that is beyond dispute is the fact that Tate was an elite fighter.

Tate was born on December 14th, 1986. Although Washington, DC was his birthplace, Tate moved out of the USA at a very early age and started a new life in the UK. He was a smart child and started playing chess thanks to his “International Master” chess player father, Emory Tate. But as he grew up, Tate developed an interest in martial arts and eventually became a world-champion kickboxer.

Throughout the course of his career, Tate won many championships in kickboxing. In 2009, Andrew won the ISKA English Full-Contact light cruiserweight title. He did not stop there and grabbed the IKF British Cruiserweight belt in the same year. Nicknamed Cobra, Andrew Tate earned his first world title in 2011 as he won the ISKA World Full-Contact Heavyweight belt.

Two years later, he became the ISKA Full-Contact light Cruiserweight champ in 2013. In the following year, Andrew became the Enfusion World Champion. But things were not rosy all the time! Just like he secured many KO wins in his career, Tate also suffered some bad losses during his run too. All in all, Andrew had a good run as a kickboxer and his last recorded bout was in 2020, against Cosmin Lingurar.