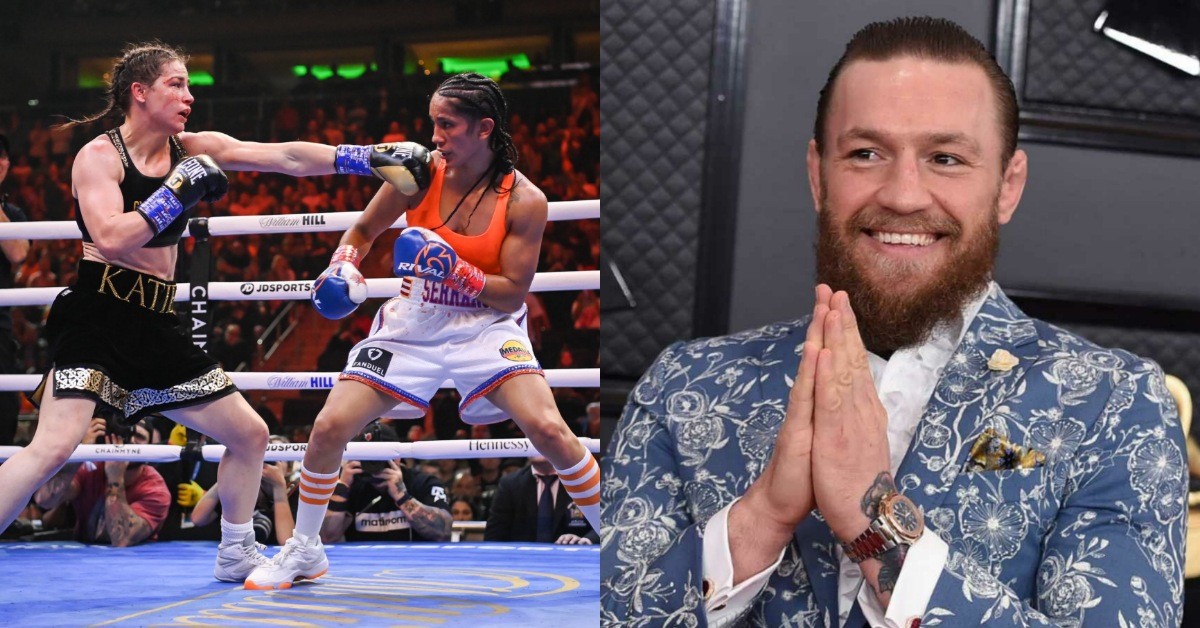 Katie Taylor hands Amanda Serrano her second career loss! The 10 round war will go down in the history as perhaps the greatest female boxing match of all time. Taylor extends her winning streak to 21 fights in a row and retains her Undisputed Lightweight Champion status.

However, it does not tarnish Serrano’s legacy in any way as she put on an amazing show inside the Madison Square Garden. After the 20 minutes of back and forth brawl, one judge saw it in favour of Amanda Serrano and scored it 94-96 for the challenger. While two others scored it in favour of Katie Taylor (97-93, 96-93).

Despite being involved in a major slugfest, there was no animosity between the competitors afterwards. Taylor and Serrano had a hearty conversation in the middle of the ring after the decision was announced. There were talks of having a rematch very soon which may take place in Ireland.

Amanda Serrano also had a firey post-fight speech in the ring. She addressed Katie and pointed out the amazing show that they put on. She also slammed the critics who were doubtful of the bout delivering on the entertainment aspect of the sport. The ‘Real Deal‘ said,

Former UFC champion and Katie Taylor’s countryman, Conor McGregor called her the greatest women’s boxer of all time. Not only McGregor, boxing superstars such as Errol Spence Jr and Ryan Gracia also jumped in on the action. The latter even went on to call the fight the greatest female boxing match ever!

Here are the reactions:

Fight of the year so far got damn !! #TaylorvsSerrano

I just witnessed one of the best fights ever and in my humble opinion Katie pulled it off ???????????? #TaylorSerrano

One of the greatest fights in boxing history! And Still!!! #TaylorSerrano ???????? @DAZNBoxing

Are you not entertained? Give me more of this! ???? #TaylorSerranopic.twitter.com/howuRuA3VM

Wow just wow! Best female fight that I’ve ever seen! @KatieTaylor has just solidified her place amongst the greatest sporting females our planet has ever seen! #AndStill