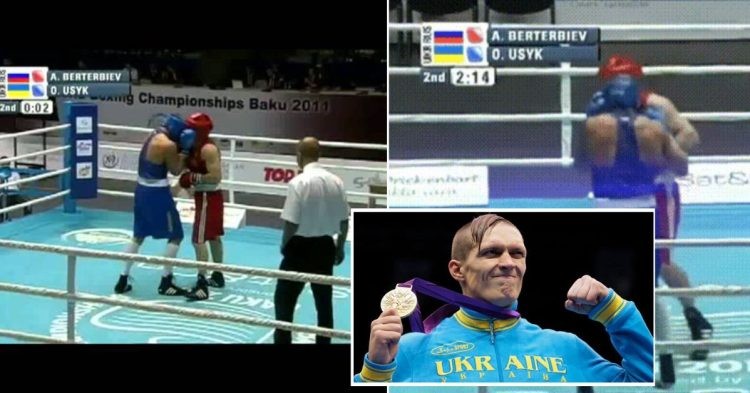 Artur Beterbiev enjoys an undefeated streak in his professional boxing career, having won all his bouts via way of stoppage. The Russian-Mexican boxer is widely regarded as one of the most fiercest boxers in the history of the sport. However, even the mightiest of them all seems to have fallen prey to the Ukrainian boxer Oleksandr Usyk.

Artur Beterbiev defeated Oleksandr Usyk and came out on top in their first encounter. The second time when the heavyweights squared off against each other, was at the 2011 World Championship. The duo shared the boxing ring in the quarterfinals of the AIIBA World Championship, with Oleksandr Usyk avenging his loss against the Russian boxer. Usyk would later go on to win the gold.

Usyk vs Beterbiev in their third and final bout in the amateurs at the 2012 Olympics. #boxing #boxeo pic.twitter.com/Lhkxnq8dze

So when Usyk and Beterbiev shared the ring at the 2012 London Olympic games, it was a trilogy battle at the amateur circuit like no other. Once again, the pair fought each other in the quarter-final, and after a gritty battle, Oleksandr Usyk emerged on top, to win the trilogy fight against Beterbiev. The Ukrainian boxer even went on to win the gold medal in London, joining the elite list of Ukrainian boxers to win a gold medal at the Olympics.

As it stands right now, it’s unlikely we will see Artur Beterbiev and Oleksandr Usyk compete against each other, considering the huge difference in the weight class. Be that as it may, never say never!