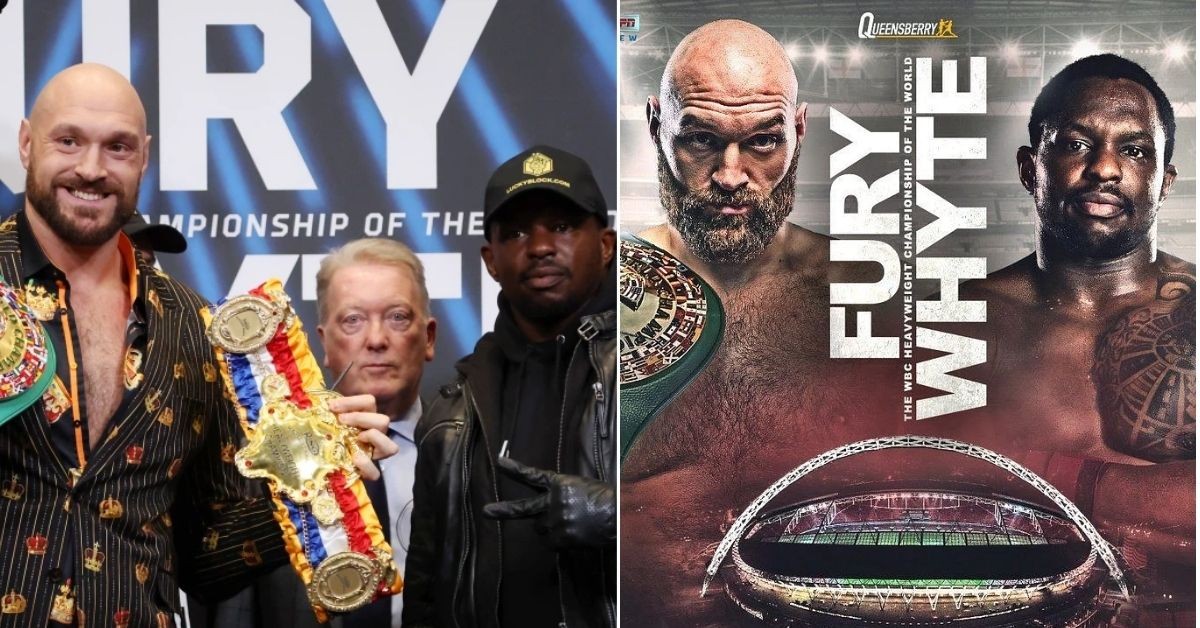 Dillian Whyte will finally get the opportunity to unify his interim heavyweight gold as he takes on Tyson Fury for the WBC and the Ring heavyweight titles this weekend inside Wembley, in London.

Tyson Fury vs Dillian Whyte face-off on the Wembley pitch…

Ahead of arguably the biggest heavyweight boxing bout in recent times, let’s try to weigh in on both the boxers and predict the outcome of the fight.

Dillian Whyte has the puncher’s chance to beat Tyson Fury

If we talk about who has the puncher’s chance in the fight, it has to be Dillian Whyte. He is not called The Body Snatcher for no reason. However, it’s not something Tyson Fury hasn’t seen before. Having fought Deontay Wilder three times now, Fury can definitely take a punch. Be that as it may, it’s interesting to note that Whyte is a slightly better boxer on the feet, and has far more impressive movement inside the ring than Wilder.

Looking at the last fight, Wilder was able to catch Fury on numerous occasions. It goes without saying, if Whyte is able to do that, it could be trouble for the Gypsy King. Additionally, Whyte has improved multi-folds in his last few outings and would have learned a lot after his shocking loss against Alexander Povetkin.

Fury is truly a special fighter. He is massive, and standing at 6ft 9in has always had a huge advantage over his opponents. He is quick on his feet and has incredible clinch work. Something that was evidently on display against Deontay Wilder. Moreover, Fury never gets tired, and if it comes to a slugfest, he always gets the upper hand.

It won’t be wrong to say that Tyson Fury emerges victoriously 9 out of ten times if the fight goes the distance. And that’s something Dillian Whyte will look to avoid.

Fury has more ways to beat Whyte this weekend

The prediction for Tyson Fury vs Dillian Whyte simply builds down to the fact that the Gypsy King has more ways to beat Dillian Whyte. While Whyte has shown tremendous grit and determination whenever he has met with adversity, so has Fury. However, recent activity and the kind of opponents Fury has faced definitely give him an edge over Whyte.

Look out for an uppercut from Tyson Fury! Just saying.