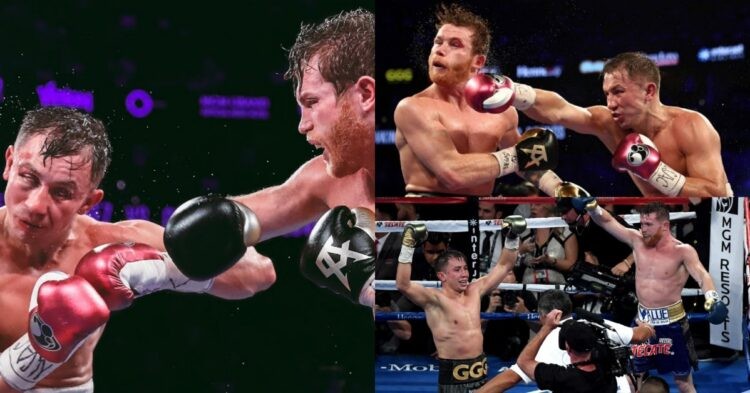 Just moments ago, Gennadiy Gennadyevich Golovkin (GGG) vs Canelo Alvarez 3 was made official. The much-anticipated fight is set to go down later this year on September 9th. Their last two bouts went down in 2017 and 2018 respectively in the month of September. The date for the trilogy bout maintains that trend as well.

The first bout between the two was an instant classic that went the full distance. At the time, Gennadiy held the WBA (Super), WBC, IBF and IBO middleweight championships. Whereas, Canelo Alvarez held The Ring Magazine middleweight belt. The winner would have been regarded as the unified middleweight champion of the world.

But the bout did not have a clear winner as they fought to a split draw at the T-Mobile Arena in Las Vegas on September 16th. GGG fans cried foul as soon as the results were announced because they thought Golovkin was the clear winner. To be fair to them, even most of the pundits shared the same feeling as well. One judge had it 115-113 for GGG, another scored it 118-110 for Canelo. But Judge Don Trella had the potential to be the deciding factor, but he scored it 114-114 and the night culminated without a winner.

The second fight between the two took almost on 15th September in the T-Mobile Arena as well. This time around, the fight was much closer than the last and it also went the full distance. The Ring magazine awarded it the title of the Fight of the Year of 2018. But this time, it had a winner and he was Canelo Alvarez. He is often regarded as a fighter who gets an unfair advantage from the judges whenever the bout goes to a decision. Unsurprising to many, Canelo won the bout via a majority decision. While one scorecard read 114-114, the other two were in favour of Canelo. The score was 115-113 on both cards.

Did Canelo Alvarez deserve to win the second fight against GGG?

Ahead of the trilogy fight in September, let’s take a look at whether Canelo was the rightful winner of their second fight or not. In their first clash, GGG landed a total of 218 strikes out of an attempted 703. He landed a total of 108 jabs out of 361 attempted ones. Golovkin also landed 110 power shots out of an attempted 342. GGG’s stats for the fight is much superior to Canelo’s. The Mexican landed only 169 strikes out of 505 attempted. It clearly shows that the Kazakhstani boxer controlled the cage for the majority of the bout and landed the more potent shots.

However, things were much better for Canelo the second time around. He made some really good adjustments for the rematch that made it much more competitive. Alvarez landed a total of 202 shots out of an attempted 622. He did not go head hunting this time as Canelo landed 46 body strikes, 59 jabs and 143 power shots. But he still failed to outland GGG who landed 234 total shots out of an attempted 879. But unlike Canelo, GGG was much more focused on jabs and power shots. He landed 118 jabs and 116 power shots respectively.

In both fights combined GGG out-landed Canelo in all aspects of the bout. While Canelo managed to accumulate 371 strikes in two fights, GGG landed 452 strikes. Hence it does beg the question of whether Canelo was the rightful winner or not. It will be interesting to see how he makes an adjustment for the upcoming fight. Will the judges finally acknowledge GGG’s volume? How do you see the fight playing out? Let us know in the comments below.

Knocked Down Three Times in the First Round, Daniel Dubois Scripts Comeback for the Ages Against Kevin Larena