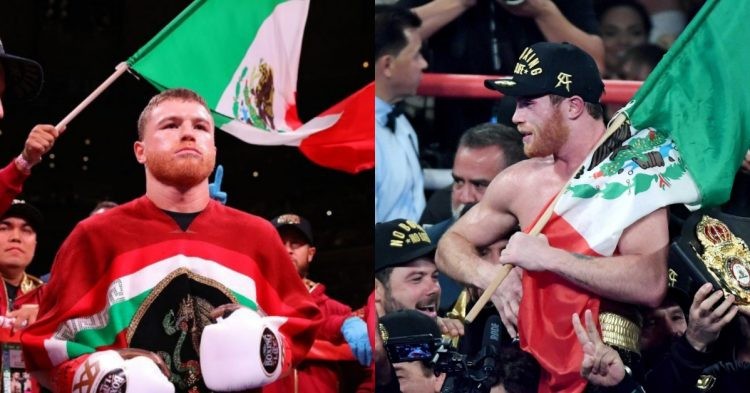 Canelo Alvarez is one of the most successful boxers in recent years. The Mexican fighter has reached the very top of the sport through sheer hard work and dedication. He has put on classic fights against the likes of Floyd Mayweather, Gennady Golovkin, Daniel Jacobs and Miguel Cotto.

He also became the very first undisputed super middleweight champion recently. He captured the WBA (super), WBC, IBF, WBO and The Ring super middleweight titles. The 32-year-old also challenged the WBO light heavyweight champ Sergey Kovalev in 2019 and stopped him via knockout in the 11th round. Although Sergey was the much bigger fighter, Canelo got the job done and shocked the world.

He tried to replicate the same against Dmitry Bivol on May 7th of 2022. Although the WBA (Super) light heavyweight champ Bivol humbled Canelo, Alvarez was definitely applauded for his high ambitions. So it will be a natural assumption to think that his home country will be proud to have him represent Mexico on the biggest platforms possible. However, that does not seem to be the case at all!

Is Canelo Alvarez hated in his home country Mexico?

Canelo Alvarez was born on 18th July 1990 in Guadalajara, Mexico. His star power in the country is certainly undeniable. He not only packs out any arena that he fights in, he continuously pulls in the biggest viewerships in boxing as well. For example, his fight against Floyd Mayweather pulled in the highest TV ratings in Mexican television history.

According to Boxing Scene, it did a rating of 41.1 points. It translates to 22.1 million viewers and 5.9 million television households. Canelo always makes sure to schedule some of his big fights during the Cinco de Mayo weekend. The timing obviously targets the Mexican audience. So it is not a surprise that his fights do monstrous ratings in the country.

However, there seems to be a significant portion of the Mexican fan base that does not support Canelo Alvarez. According to a report from Marca, people in the country celebrated Canelo’s loss against Dmitry Bivol. Despite all his achievements, there remains a notion in Mexico that Canelo is a product of marketing instead of his own talents.

Although Canelo is up there with some of the greatest Mexican boxers such as Julio Cesar Chavez, he is yet to be revered on the same level as Chavez. Canelo is a ginger, which is not the traditional look for a Mexican. Some also cited that as the reason for their hatred towards Canelo.

However, there is still a good few years left in him at the highest level of the sport. So there is still time for Saul ‘Canelo’ Alvarez to win over the hostile audiences from his country.