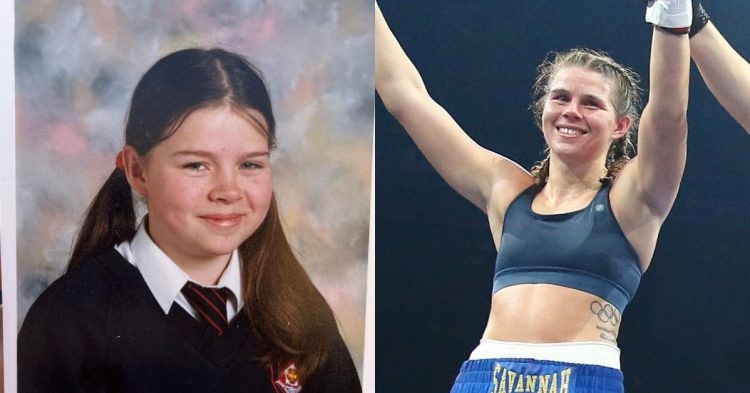 Savannah Marshall is a British Boxer, who was born on May 19th 1991. Since turning pro in 2017. Marshall has gone on to find a great deal of success in her career. She holds a record of 12-0 and has 10 finishes. After beating Ashleigh Curry, Savannah had the opportunity to fight for the vacant WBO middleweight title.

Marshall made the most of that chance as she TKO’ed Hannah Rankin in the 7th round of the fight. She subsequently defended the belt against Maria Lindberg, Lolita Muzeya and Femke Hermans. Since her amateur career, it was clear that she will succeed. Although Marshall was not exactly perfect throughout her amateur career, she won many accolades.

In 2010, Savannah won the silver medal at the World Championships. She was defeated by Andrecia Wasson in the Welterweight division. However, she came back to win the tournament in 2012. During that, she handed Claressa Shields the only loss of her career. Marshall also won a gold medal in 2014’s Commonwealth games.

However, as mentioned previously, Savannah did not have a perfect run in the amateurs. She partook in the Rio Olympics in 2016 and represented Britain. In the competition, she lost to Nouchka Fontijn in the quarter-finals. She also lost out on winning an Olympic medal in 2012 as she was knocked out of the quarter-finals.

It shattered her spirits and she even contemplated retiring from the sport after two successive failed campaigns. However, she did not give up in the end and went to work without making any fuss. She lived upto her nickname and did justice to it. What is her nickname? Let’s find out!

Savannah Marshall goes by the nickname of the ‘Silent Assassin’

Savannah Marshall does indeed get into arguments with her opponents from time to time. However, she was not like that in her real life at all while she was growing up. Marshall, more often than not, kept to herself.

Recently she shared a heartfelt and inspiring message regarding her journey to the top. Savannah posted a picture of her younger self and wrote about her struggles with social anxiety. The 31-year-old wants her fans to never give up on their dreams.

“This is me at 11 year old I used to suffer with crippling shyness, turning bright red at even hearing my own name being called. Unable to hold conversation. I am now 31 years old and tomorrow night I am headlining a sold out show at the o2 arena. You never stop growing as a person, the 11 year old me could only see this as a dream. Never stop Chasing your dreams,” wrote Savannah.

The nickname of the Silent Assassin really suits her. From overcoming her shyness and awkwardness to becoming the WBO female middleweight champion with 10 knockouts, Savannah Marshall has come a long way and is a source of inspiration for many around the world.