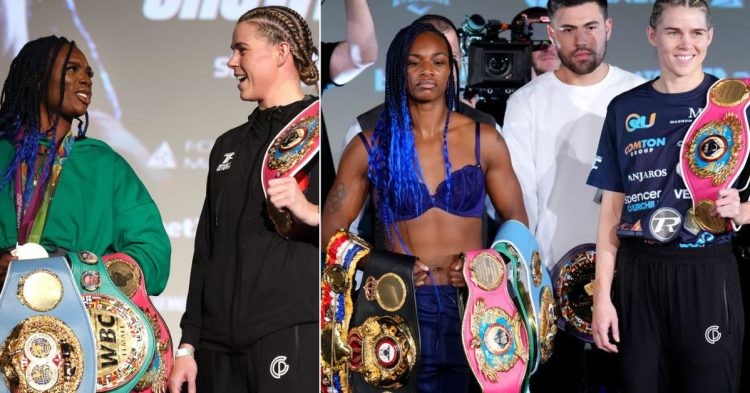 The rivalry between Claressa Shields and Savannah Marshall goes back several years. Back in 2012, the duo shared the boxing ring in the amateur circuit where Claressa Shields suffered the first loss of her boxing career. The feat is quite incredible considering Shields has never lost a single fight in her amateur and professional boxing career barring the sole loss to Marshall.

10 years later, the pair will once again share the boxing ring, this time in the professional circuit. On October 15, this weekend, Marshall will look to once again create an upset as she takes on Claressa Shields to determine the undisputed middleweight champion.

Shields vs Marshall will go down inside O2 Arena in London. Marshall is 12-0 in her professional boxing career and has knocked out each of her last eight opponents inside the ring.

Claressa Shields is also 12-0 in her professional boxing career and will look to add another feather to her cap by becoming the undisputed middleweight champion of the world.

How much will Claressa Shields and Savannah Marshall make for their boxing showdown on October 15?

The fight purse for Claressa Shields vs Savannah Marshall hasn’t been disclosed. However, one can easily predict how much Shields will earn owing to her three-fight exclusive deal with Sky Sports. While it was reported that it was a seven-figure deal, the exact sum is an undisclosed amount. Be that as it may, it is safe to say Shields will earn a guaranteed purse of $1 million for the Savannah Marshall bout.

How to watch Shields vs Marshall in US and UK?