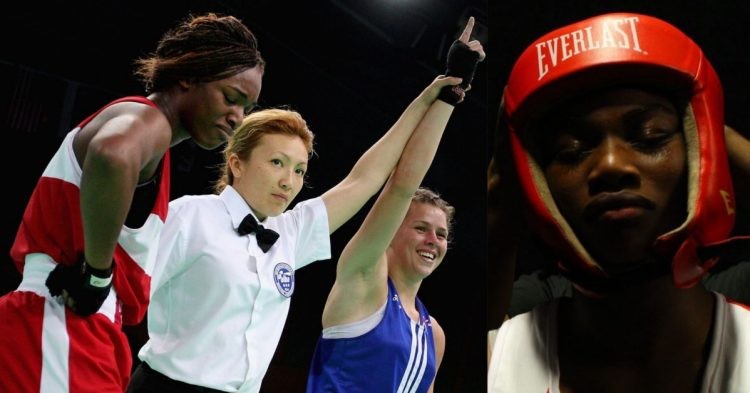 Claressa Shields returns to the boxing ring against Savannah Marshall on October 15th 2022. The fight is set to go down in the famous O2 Arena in London and will have WBA, WBC, IBF, WBF, WBO and The Ring magazine middleweight titles on the line. In her last fight, she defeated Ema Kozin via unanimous decision in February early this year.

The two-time Olympic gold medalist boxer took a detour from boxing and tried out her hand in Mixed Martial Arts (MMA). Although she holds a record of 1-1 in MMA, Shields has proven that she does not shy away from conquering new challenges.

She also had a decorated amateur career as she has two world championships in 2014 and 2016 aside from her Olympics medals. Shields also won the top prize in the Pan American games in 2015.

Who will take the undisputed middleweight crown? 👑🥊

You can listen to build-up and coverage as Claressa Shields takes on Savannah Marshall live from 19.30 BST on @BBC5live sports extra on @BBCSounds 📻📱#BBCBoxing

She had an extensive career in amateur circuits. Shields finished her amateur run in 2016 with an insane record of 64-1. Ironically, her only loss came against Savannah Marshall, whom she will face this weekend.

Claressa Shields was 25-0 at the time of 2012’s World Amateur Championships in China. In the first round of the competition, Shields beat Pooja Rani and improved her record to 26-0. She came up against Savannah Marshall in the following round and it was the first loss of her career, period.

Usually, boxers lose in their amateur fights and it does not have any impact on their career as it is regarded as a learning experience for them. However, Shields’ loss to Marshall could have been damaging for her career as winning the tournament could have secured her a spot in the Olympic team. Although she ultimately made the team, Claressa was furious about it.

Claressa commented on the loss immediately after in 2012. She wrote to her local newspaper and gave her thoughts on the bout. She was unimpressed with Savannah’s physicality and blamed the judges for not scoring the fight properly.

“No, she wasn’t tough, She just ran the whole fight. I feel like I won, but the judges weren’t giving me any points.” (h/t via The Flint Journal)

Savannah, herself turned pro in 2017 and has amassed a record of 12-0. She beat Hannah Rankin in 2020 to win the vacant WBO middleweight title. Will she be able to replicate her success in the upcoming fight against Claressa Shields and maintain her dominance and become the undisputed middleweight champ? Only time will tell.