Claressa Shields vs Savannah Marshall: Stats, Height, Reach and Age Difference Between Both the Rivals 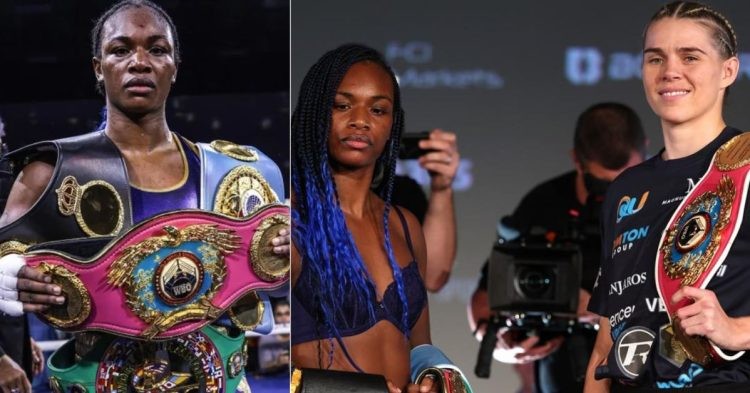 Ahead of possibly the biggest boxing bout in the history of women’s boxing, let’s take a look at the tale of the tape. How do Claressa Shields and Savannah Marshall match up against each other?

Claressa Shields vs Savannah Marshall: Tale of the Tape

Not just height, Savannah Marshall will walk inside the ring with a significant 4-inch reach advantage over the two-time Olympic gold medalist. At 68 in (173 cm), Shields will have a tough task negating the reach difference of Savannah Marshall with 72in (182cm).

At 31 years of age, Marshall is three years elder than Shields, 27. Both the boxers are 12-0 in their professional boxing career and will look to create history this weekend as they square off for the undisputed gold.

Claressa Shields and Savannah Marshall shared the boxing ring at the 2012 World Championship. The duo squared off against each other in the second round, with Marshall emerging victorious on the judges’ scorecards.

However, there is a certain sense of controversy that surrounds the fight even after almost a decade. Many fans believe Shields was the better fighter on the night and did enough to earn the victory. Watch the first fight between Claressa Shields vs Savannah Marshall right here and do let us know what you think about the result in the comments section. Marshall would go on to win the 2012 World Championship but would fall short in her attempt to grab the gold at the 2012 London Olympics. Meanwhile, Shields would bounce back stronger and grab back-to-back gold medals at the 2012 London and the 2016 Rio Olympics.
Tags: BoxingClaressa ShieldsSavannah Marshall
Previous Post