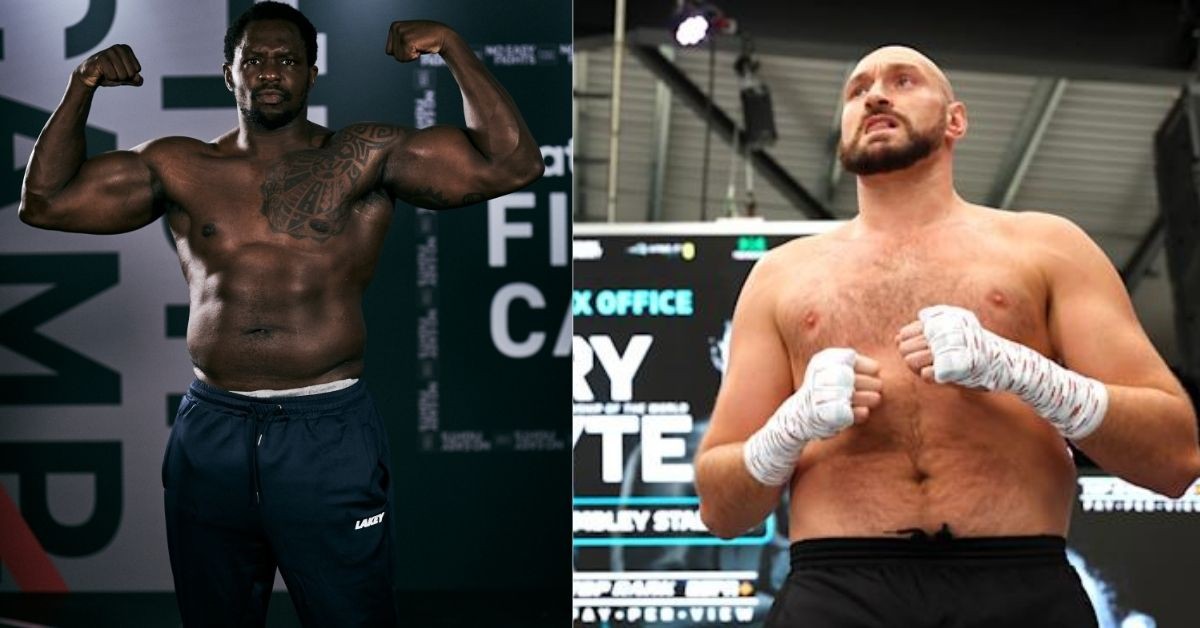 Dillian Whyte finally addressed the audience ahead of his title bout against Tyson Fury for the WBC and the Ring heavyweight title, scheduled to go down inside Wembley in London this weekend. Whyte had been missing from promotional events due to undisclosed reasons. He was also missing from the open workouts. However, Whyte was present alongside his team for the official press conference ahead of the bout.

Earlier, there were reports that Whyte’s absence from media interviews was due to his disappointment at the purse bids which only awarded him a meager 20% compared to a hefty 80% share that went to Tyson Fury. While it goes without saying that the purse marks the highest in Whyte’s career, the WBC interim was not too pleased with the turn of events.

Be that as it may, Whyte expressed his sincere gratitude ahead of the bout, and paid his respects to Tyson Fury in what promised to be the biggest boxing showdown in the history of British boxing in recent times.

Dillian Whyte also opened up about the risks he has taken to get to the position he is at, and rightfully so. Whyte has been the WBC interim for as long as one can remember and showed great class and sportsmanship despite Tyson Fury opting to fight Anthony Joshua over him in the past. Whyte also had to wait around for the trilogy bout between Fury and Wilder and decided to defend his interim gold against Alexander Povetkin.

Ahead of a possible title bout between Fury and Usyk, Whyte had even decided to take on Otto Wallin in yet another title defense. However, after AJ revoked his rematch clause against Usyk, the mandatory challenger finally got the deal done with Fury. It goes without saying, that even that deal came with its fair share of troubles for Whyte, who remains unhappy about how he has been projected and promoted in the lead-up to this title bout.

What are your thoughts on Dillian Whyte and his decision to remain out of media interactions ahead of the championship bout?