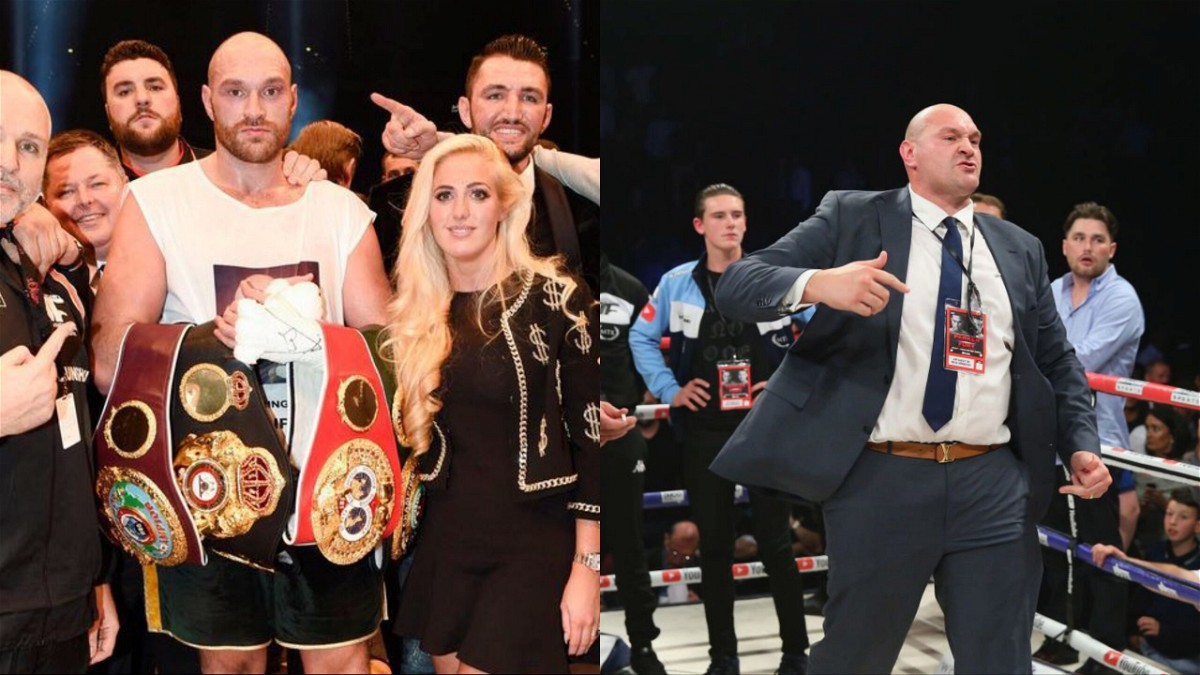 WBC heavyweight champ Tyson Fury takes on Derek Chisora on December 3rd. Although Tyson beat Derek twice previously, the trilogy still seems to be an attractive fight for the fans. However, the bout almost did not happen, as The Gypsy King announced his retirement earlier this year.

Tyson Fury expressed earlier in the year that the fight against Dillian Whyte will be the last time he steps inside the boxing ring. According to the WBC and The Ring Magazine Lineal Heavyweight champion, he has achieved everything that he wanted to.

The fight took place infront of a sold-out crowd of 90 thousand people inside Wembley Stadium. Fury defended the lineal heavyweight belt for the first time in 56 years since Muhammad Ali did it in the same venue. It was a massive achievement for Tyson as he made a great impression infront of his home crowd

Tonight, Wembley becomes the centre of the world and @Tyson_Fury and @DillianWhyte take centre stage!

He beat Dillan Whyte in the 6th round of the fight. The bout was the perfect way for the 34-year-old to end his illustrious career. However, as fans know, he then decided to resume his career once more.

However, this is not the only time he wanted to step away from the sport. ‘The Gypsy King’ took on Wladimir Klitschko in 2015. Fury was the first fighter to dominate the younger Klitschko brother in 11 years as he beat Wladimir handily via unanimous decision. Although a rematch was scheduled, it never came to fruition as Tyson ended up walking away from boxing.

Why did Tyson Fury retire previously?

Following the Klitschko fight, Tyson Fury was addicted to alcohol as he slowly started losing his passion for fighting. The champion stopped working out and gained a lot of weight. Fury was reportedly stripped of his titles in 2016 after failing drug tests. He was so unstable that he almost ended up taking his own life. Talking about that incident, Tyson Fury said,

“Nobody could talk any sense into me at all and I’d go very, very, very low at times, very low. And I’d start thinking all these crazy thoughts. I bought a brand new Ferrari convertible in the summer of 2016, and I was in it and I was on this strip of the highway where I am.”

‘At the bottom of about a five-mile strip there’s a massive bridge that crosses the motorway. I got the car up to about 190mph and I was headed towards that bridge. I didn’t care what no-one was thinking, I didn’t care about hurting my family, friends, anybody. I didn’t care about nothing, I just wanted to die so bad, I gave up on life.” (h/t TalkSPORT)

The above conversation took place during his appearance on the UFC broadcaster Joe Rogan’s podcast, ‘The Joe Rogan Experience.’ Although he was on the verge of quitting, his inner voice ultimately stopped him from taking the most drastic step. The thoughts of his family ultimately made Tyson calm down and start fresh.

However, incidents like this do not occur out of the blue. So why did Tyson Fury ultimately suffer from such terrible depression? What made him quit boxing, despite being at the height of his powers? In answer to that, the 33-year old explained that winning against the Ukrainian champion meant that he had nothing to look forward to. It made him pick up alcohol and drugs. That led to him having a mental breakdown.

Why did The Gypsy King retire after the Dillian Whyte fight?

Although Tyson Fury claimed to be on his way out once again after fighting Dillian Whyte, he was already having doubts about that. He recently stated that he wants to continue fighting for just a bit longer. But the planned retirement is not terribly far away.

Tyson stuck to his guns and announced his retirement after the fight. However, he left the door open for an exhibition fight against UFC heavyweight champ Francis Ngannou. But, he did not stay retired terribly long as he announced his return just months later. His return fight against Derek Chisora takes place inside the Tottenham Hotspur stadium this weekend.