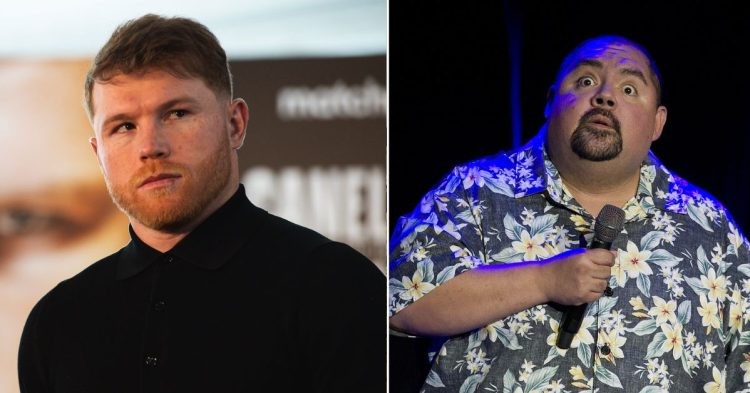 Gabriel Iglesias is arguably one of the finest comics out there! The American comedian is a great mimicry artist, and he never fails to incorporate that talent into his jokes. From a car honking to an animal crossing the road, Fluffy can do it all! Known for his trademark Hawaiian shirts and his unique style of comedy, Gabriel Iglesias offended a lot many boxing fans after making fun of Canelo Alvarez in this hilarious joke that fans still can’t stop sharing in 2023.

I kinda love Canelo Alvarez speaking fluent English. He is now even more impressive to a world wide audience. Such an animal in the ring and fair intimidating outside the ring! P4P No.1 🥊

Canelo Alvarez, the Mexican multi-division boxing world champion has often been ridiculed for his lack of understanding of the English language. Be that as it may, fans have been extremely supportive of Canelo, and have never failed to back him up. So what did Fluffy say about Canelo Alvarez that upset a lot of boxing fans? Well, it was to do with him speaking English.

Gabriel Iglesias joked about Canelo speaking English. At a show from Mexico more than five years ago, Gabriel Iglesias reminded the Mexican audience how the last time he visited the country was when Floyd Mayweather took on Canelo Alvarez inside MGM Grand Arena in Las Vegas. At the time, Canelo was on the rise to global stardom, but the lack of understanding of the English language somehow halted his growth at the time.

Canelo Alvarez should learn English, to further his career and star power, speaking Spanish is limiting him

While things have changed now, Gabriel Iglesias’s joke has to do with the very fact that Canelo Alvarez couldn’t speak English, and while he sounded like an “assassin” while speaking Spanish, Fluffy mimicked as if Canelo turned into a “fool” while speaking English.

With all the @Canelo controversy, I thought I’d leave this here. Espero no quiera pelear con @fluffyguy tambien 😅

Years later, Gabriel Iglesias once again brought out the same joke, talking about how he possibly offended Canelo Alvarez with the joke, only to repeat the entire segment once again for the entire audience. Watch Fluffy’s joke on Canelo right down below.

Canelo Alvarez speaking English is often brought up in a form of light entertainment. However, it goes without saying, boxing fans pretty much appreciate the fact that Canelo took the effort to learn a foreign language just so he could connect with his fans around the world.

Canelo Alvarez speaking English has been one of my 2021 highlights 👌🏾 pic.twitter.com/un7cvif8jW

Remember the time when Canelo warned Demetrius Andrade in “fluent English”, well that was both hilarious and what Iglesias attributed to the Mexican champ speaking Spanish, he sounded like a killer!