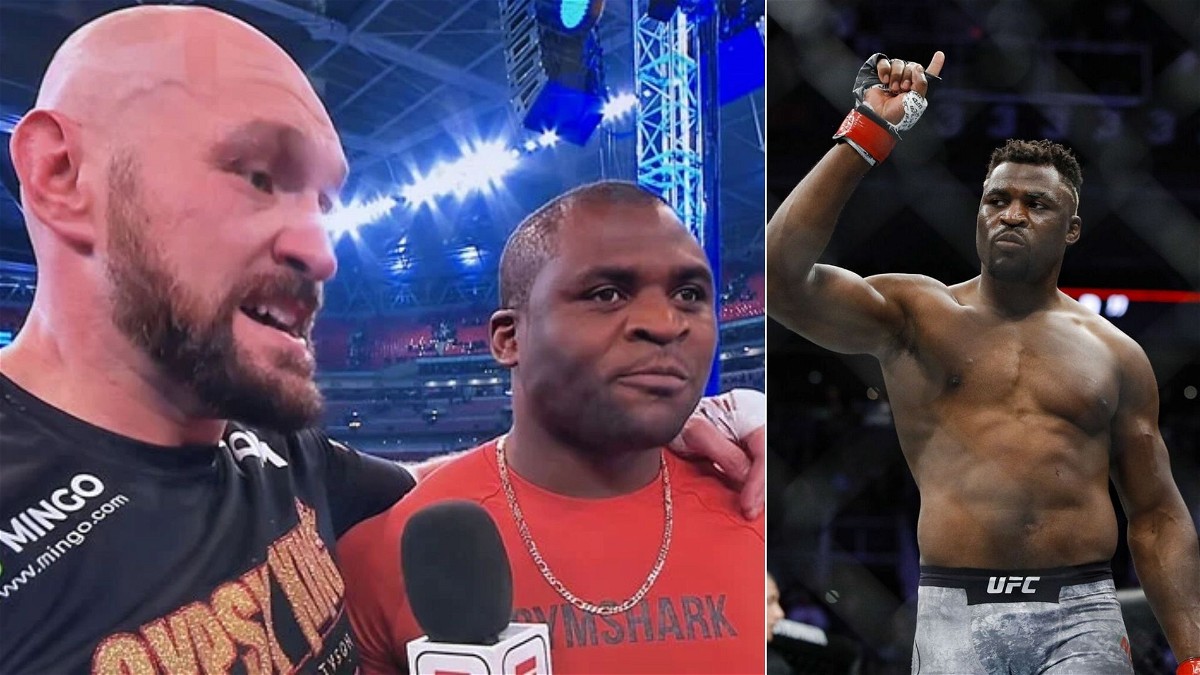 Francis Ngannou surprised many MMA fans after he made an appearance alongside Tyson Fury following Gypsy King’s emphatic sixth-round stoppage win over Dillian Whyte last weekend that saw him unify his WBC gold and defend his Ring heavyweight title. Both Fury and Ngannou accepted to compete in a “hybrid fight” which would be fought under special rules and regulations.

Earlier, in the post-match interview alongside Fury, Ngannou had expressed his excitement over the proposed bout.“This is gonna be a very special fight like never before seen in the history of our sport. You know we’re not talking two light guys – 140 pounds. I’m a 270 and he’s a 270. It’s gonna be an explosive fight.” Ngannou had said.

As soon as the news broke, fans were excited and are showing their full-fledged support for the UFC’s heavyweight champion for a potential showdown against Tyson Fury.

Francis Ngannou reigns as the UFC heavyweight champion of the world, with one successful title defense to his name. However, it’s interesting to note, that his last outing at UFC 270 was the last fight on his contract, and he is yet to renew it.

Ngannou and UFC have had their fair share of back and forth, with Ngannou criticizing the company for its pay structure. Needless to say, a fight with Tyson Fury is of great magnitude and is sure to bring in good money for the UFC heavyweight champion.

In a recent conversation with MMA Fighting’s Ariel Helwani, Ngannou opened up on his future plans, and what UFC will need to do in order to ensure he fights Tyson Fury. “Tyson Fury fight has to be part of the discussion. That’s not an option.” “If that’s not the part of the discussion now, it will never be. If I sign another contract now, and basically the same model of a contract, I am screwed. That’s not happening ever. So we have to figure out a way to implement this into the contract.” Ngannou said.

Ngannou has made it clear he will only sign with the UFC if the promotion is willing to let him compete in the hybrid match against Tyson Fury. It will be interesting to see whether or not Ngannou will be able to get the deal done. The coming months are certainly going to be exciting for fight fans.