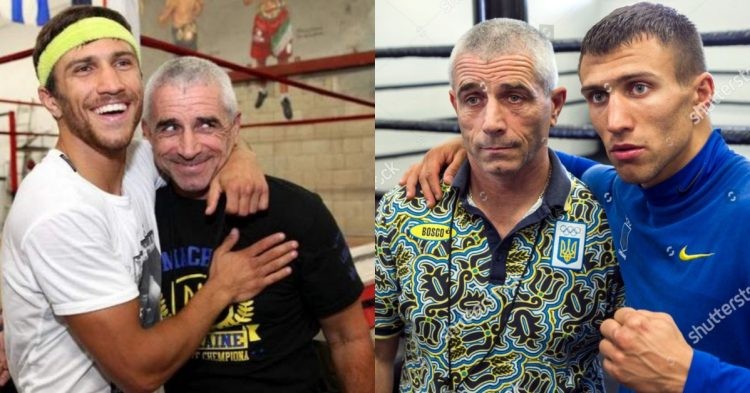 Often, people wonder how an MMA fighter may fare in boxing. But, very rarely there is a boxer who the fans want to see inside an MMA cage. However, fans may put Vasiliy Lomachenko on that list after seeing his recently surfaced workout video.

In the video, Lomachenko was hitting the pads with full force. However, he was using his legs, instead of his hands. Lomachenko was ripping on the pads with kicks which will even put some MMA fighters to shame! He was not just landing some odd kicks here and there. The Ukrainian fighter landed a 20+ kick combo on the pad and he loved doing it.

Lomachenko is no stranger to unorthodox training methods. Unlike many professional boxers, he does not contain himself within the traditional boxing training methods. He also plays high-intensity sports like Table Tennis, Beach Volleyball and Badminton. But that is not all, at the age of 9, Vasiliy’s father Anatoly Lomachenko, signed him up for ballet dancing lessons.

It played a big part in turning Lomachenko into such an elusive figure in the boxing ring. In 2019, Lomachenko travelled to Thailand, where he did some Muay Thai workouts. The above video of him kicking is from one such session where he was doing some standard drills.

It is normal for boxers to go through an extensive amateur career before turning pro. However, not many fighters had the same success that Vasiliy Lomachenko experienced during his run. Loma had a staggering 96 bouts as an amateur. He won 94 of them, with only 2 losses.

The biggest achievement that an amateur boxer can have, is winning an Olympic Gold Medal. The Ukrainian fighter is a two-time Olympic Gold Medalist! He won a gold medal in 2008’s Beijing Olympics, as a featherweight. He came back to the following edition of the competition in 2012. But this time, Lomachenko won the Olympic gold medal as a lightweight fighter.

Usually, boxers take some tune-up fights at the start of their career to gain experience. However, Lomachenko was different, as he fought for the WBO International featherweight belt on his debut! He finished the fight inside 4 rounds and moved on to fight for the vacant WBO featherweight title.

But, he lost the bout to Orlando Salido via a split decision in 2014. However, he won the belt in his following fight against Gary Russell Jr.

In 2016, Lomachenko won the WBO junior lightweight title with a 5th-round KO against Roman Martinez. In a major step up, Vasiliy TKO’ed Jorge Linares to win the WBA (super) and The Ring lightweight titles in 2018.

However, he then lost all his belts to Teofimo Lopez in 2020 via unanimous decision. It brought up the question of whether he was too old for the sport or not.

But he shut down his critics with two dominating victories over Masayoshi Nakatani and Richard Commey. He is scheduled to fight Jamaine Ortiz on October 29th, inside the Hulu Theater in New York.