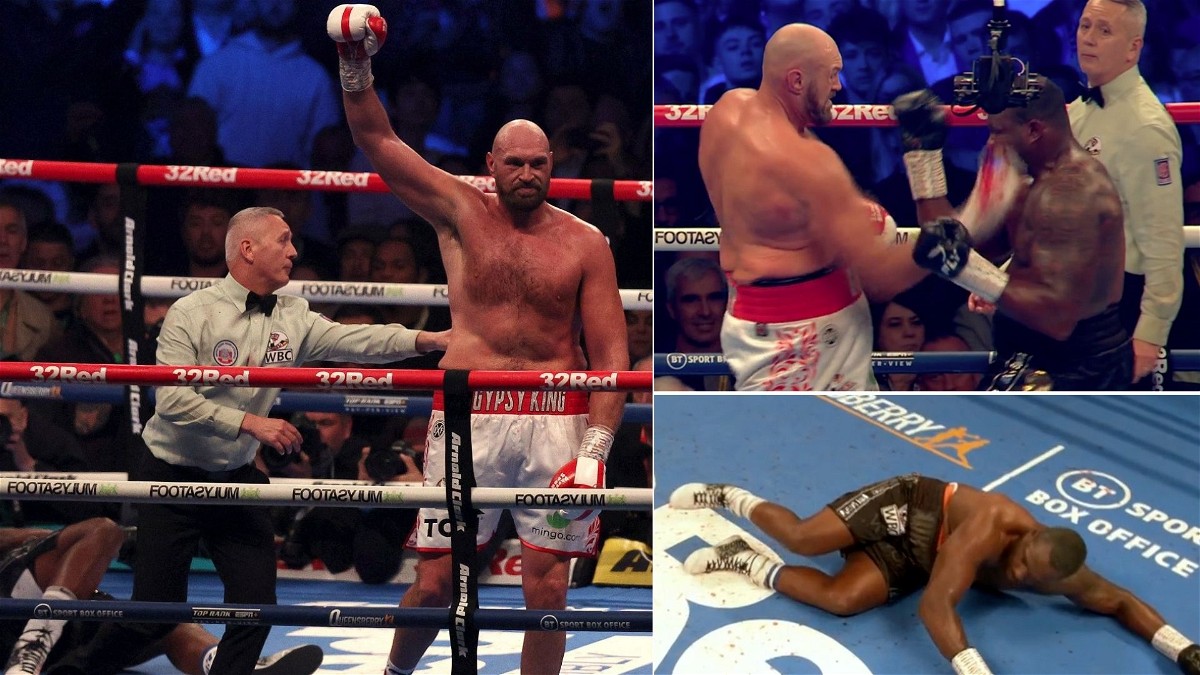 Tyson Fury has retired! The Gypsy King confirmed his retirement following his incredible sixth-round stoppage win over Dillian Whyte in front of 90k + fans present inside Wembley. In the process, Fury unified the WBC Heavyweight Championship and retained his Ring heavyweight title, getting his hands on the WBC’s special Union belt.

A @Tyson_Fury fight night doesn’t end without a sing-along! ????

It goes without saying, this could have been the last time we have seen Tyson Fury inside the ring. Earlier, Fury had revealed before the bout that he will retire, however, multiple comments from him in the lead-up suggested that he could make a turnaround. Putting a curtain on his previous remarks, Fury confirmed his retirement during the post-fight interview. Will we see Tyson Fury inside the ring once again? “No, I promised my wife.” Fury responded.

“I’m one of the greatest heavyweights of all time!”

“I think this might be the final curtain for the Gypsy King.”@Tyson_Fury ????#FuryWhyte | BT Sport Box Office ▶️ https://t.co/b0uV32kqC3 pic.twitter.com/Nju6XYoOMj

Fury will go out on top as one of the greatest heavyweight boxers of all time. During his illustrious boxing career, Fury competed in 33 professional bouts, emerging victorious in 32 outings, with a sole draw that came against Deontay Wilder.

He knew it was done.@Tyson_Fury screamed for the ref to call it as Dillian Whyte struggled to his feet.#FuryWhyte pic.twitter.com/qyNodEcU5u

Fury further revealed that he had plans to retire after the trilogy bout against Deontay Wilder, however, he felt it was his responsibility to perform in London and give his fans a boxing treat. The Gypsy King did just that in a dominant outing against Whyte to retain his WBC and The Ring titles. He is the third boxer to hand a stoppage loss to Dillian Whyte after Anthony Joshua and Alexander Povetkin.

Will Tyson Fury return to the boxing ring in a cross-promotion fight against Francis Ngannou?

Soon after the fight, Fury brought Francis Ngannou inside the ring and confirmed a fight against the UFC’s heavyweight champion. Needless to say, Fury will have to drop the title, and should a fight with Francis Ngannou capitalize, it wouldn’t be with the boxing titles on the line.

“It’s gonna be an explosive fight when it happens.” Fury announced.

In the past, both the boxers have expressed their desire to fight against each other. Fury has emerged as one of the most fiercest punchers in the heavyweight division, with a row of stoppage wins, and notable victories against some of the greatest that the division has to offer.

On the other hand, there’s no denying the UFC heavyweight champion Francis Ngannou’s power who has time and again put it on display inside the UFC Octagon. Who do you think wins when Fury and Ngannou share the boxing ring?