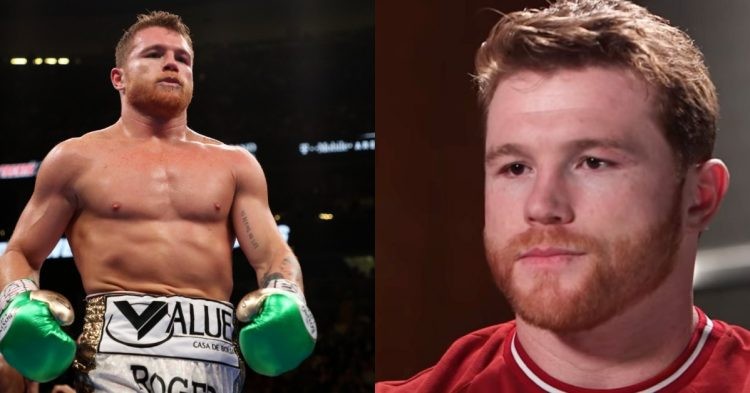 One of the most iconic trilogies in modern boxing will go down this weekend. Undisputed super middleweight champion Canelo Alvarez will defend his titles against Gennady Golovkin on September 17th. The event will go live from T-Mobile Arena in Las Vegas, Nevada. They previously fought in 2017 and 2018 and much like their previous two fights, this also promises to be an excellent contest.

Reports came out in June of this year that both fighters will go through a strict drug testing routine ahead of their trilogy bout. WBC released a press statement which stated that both fighters will be subjected to random drug testing leading up to their eventual showdown inside the ring. The Voluntary Anti-Doping Association or VADA will be in charge of conducting the drug tests for the fighters.

Drug testing ensures a fair fight between two elite opponents. Both Canelo and GGG are extremely well-matched and the presence of PEDs (performance enhancing drugs) has the prospect of making a difference in the fight. So testing both of them ahead of the fight and following all the Clean Boxing Program (CBP) protocols eliminates any chance of drug-related issues post-fight.

Both Canelo Alvarez and Gennady Golovkin went through drug testing for their previous two bouts as well. The first fight, which ended in a split decision draw, did not have any issues with drugs. The rematch was scheduled to take place in May of 2018. But the fight had to be postponed as Canelo Alvarez tested positive for trace amounts of clenbuterol, as per ESPN.

The report stated the amount of substance present in Canelo’s samples was consistent with that of meat contamination. After the positive drug test, Canelo pulled out of the contest scheduled on May 5th. However, the contest eventually went down on 15th September 2018. In an exclusive interview with ESPN that year, he stated that eating tainted beef in Mexico caused the mishap to happen.

“I don’t want to get anyone else involved. This was my mistake for not reading up on the risks, not researching more, more on the subject, on what’s going on with the beef in Mexico… But I didn’t do anything intentionally. I didn’t do anything to try to enhance my performance. I would never do anything like that. It was a mistake and nothing more, not educating myself about this problem in Mexico. It was my mistake, and I won’t repeat it.” (h/t via ESPN)

The boxing world felt that Gennady Golovkin was robbed by the judges in the first fight. Although GGG outclassed the Mexican fighter during their first encounter in 2017, he did not get the judges’ nod. So the excitement was high for the second bout. However, Canelo’s positive drug test threw a wrench in the plans. It angered GGG and he lashed out at Alvarez after the incident.

“My first reaction was, really, are you serious? I know he’s good boxer, you know. I believe he doesn’t need medical or drugs like that, Right now, test positive — it’s terrible for the sport. I respect my sport. I love clean sport. For me this is not laboratory. It’s natural stuff. If you don’t believe in natural stuff, you use medicals. Now he tests positive. It’s crazy.” (h/t via ESPN)

However, his initial reactions were pretty mild compared to what he had to say later, ahead of their fight in September of 2018. He believes that the story about Canelo testing positive for steroids because of contaminated beef is just a smoke screen. He also revealed that there were injection marks all over his body.

“Everywhere, on biceps, stomach, pretty much everywhere. All over his body you could see injection marks. But right now it’s the last thing that worries me. I am worried about the fight, that’s the most important thing. It makes no sense to guess whether or not he had taken something [before the first fight]. The commission has allowed him to fight. The important thing was that he got caught the second time.” (h/t via For The Win)

But there are no reports of Gennady Golovkin himself failing a drug test. So it looks like the 40-year-old has a spotless drug testing record.

Despite being tested multiple times, neither fighter has had a positive test ahead of the third fight. So the stage is set for the trilogy fight to go down this Saturday and it promises to settle a long-standing and bitter rivalry.