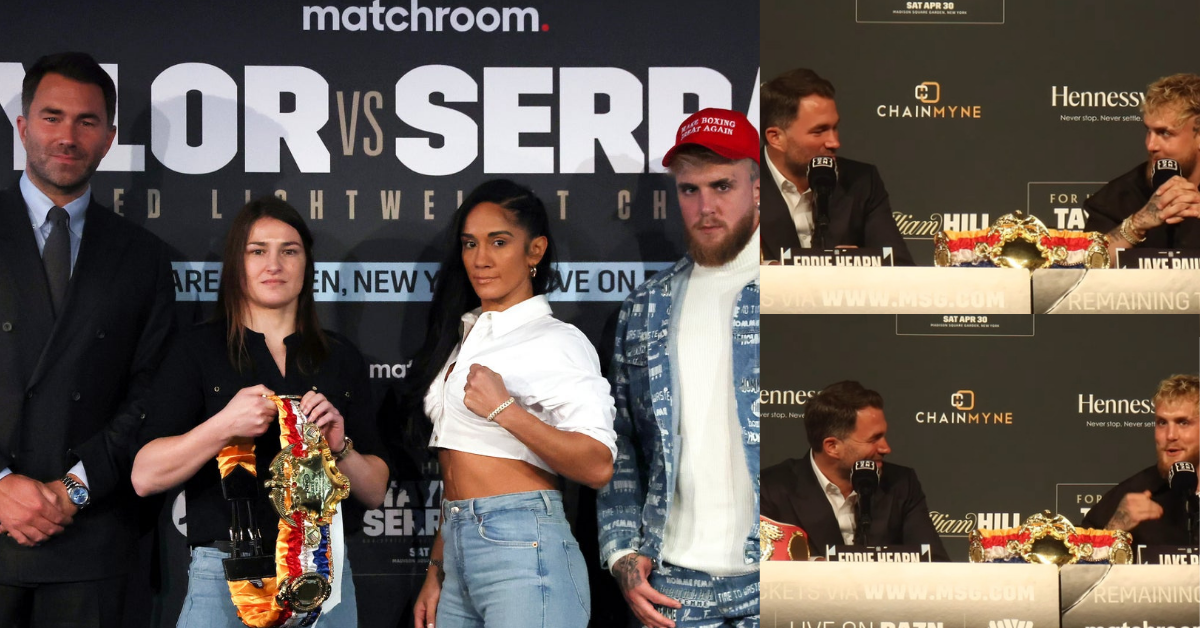 The biggest fight in women’s boxing history, Katie Taylor vs Amanda Serrano will take place on April 30 in the Madison Square Garden. Ahead of the much-hyped fight, Eddie Hearn and Jake Paul have made a million-dollar bet!

Eddie Hearn, the chairman of Matchroom, is the promoter of the undisputed lightweight champ Katie Taylor. Whereas Jake Paul is there to promote the challenger Amanda Serrano. In a press conference between the two promoters, they were willing to bet up to $1 million on their respective fighters.

When the topic came up during the press conference, Eddie Hearn started off by asking Jake Paul whether he is confident about his client winning the fight or not. Paul said, “more confident that you’re!” When Hearn disagreed, Jake made things interesting by offering a bet. He added,

“I have a bet for you, Eddie. I bet you all the jewelry that I’m wearing right now that Amanda wins the fight.”

But the Brit was not impressed with Jake’s bet of a ‘mere’ $500,000. He upped the stakes by doubling the amount to $1 million. Paul agreed immediately and they shook on the agreement. Hearn then hilariously suggested making the bet official by getting “papered up.” Jake then ended the exchange by saying, “1 million dollar bet, let’s go!

All four of the WBA, WBC, IBF, and WBO lightweight championship belts will be on the line for the event as Amanda Serrano tries to create history by becoming an undisputed lightweight champion. With the involvement of larger-than-life characters such as Jake Paul and Eddie Hearn, the event is a must-see for the audiences for both in-ring action and outside shenanigans.